Searching the right one

“What do you think?”, Marc texted his crush Steve after sending a picture of himself.
Marc couldn’t remember the last day, he didn’t have to think about him. The first time he saw Steve, he was absolutely flabbergasted. He had never seen such a cute, intelligent and dominant man ever before. On top, he looked handsome as hell.
Too bad, that Steve was straight and there was apparently nothing that Marc could do about it. He could feel that they were on the same wavelength, but every time he wanted to seduce him, Steve made it very clear he didn’t want to have anything to do with a gay man.
As the dejected man he was, he felt the need to express his feelings to someone who could truly unterstand him. That someone was his grandmother. Unknown to him, she used to be a very powerfull witch and when she saw her sad grandson, she knew exactly how she could help him.
After some conversations she showed him a spell, with whom Marc could copy the body of anyone onto himself. He would only need a strand of hair of the person he wanted to be.
Since that, he assumed the form of nine sexy girls already, but none of them were approved by Steve.
As he was about to give up, he spotted a sexy long haired brunette on the subway. He jumped at the opportunity, pulled forcefully at her hair and ran away with a few strands while she screamed at him furiously.
At home he quickly cast the spell with her hair in his hands as he watched himself transform into her. He quickly stripped down naked to put on a sexy piece of lingerie and a skimpy top which he bought himself to show of his bodies to Steve.
Satisfied with his new looks, he posed himself in front of the mirror, his new ass on display, tilted his new pretty head and took a selfie for Steve, unsure if Steve would approve this body finally.
After some time, what seemed like an eternity for Marc, Steve finally wrote and Marc’s heart skipped a beat.

“Wow! Get that sexy ass of yours over here ASAP!” 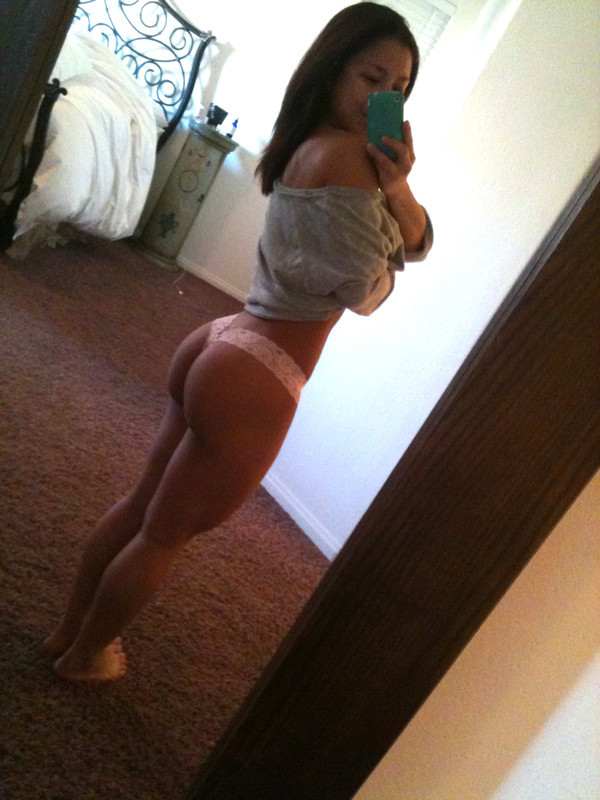