“Why isn’t she showing up?” Arnold thought to himself. “This isn’t what she said would happen”

Arnold had planned for this vacation for months. 2 weeks of sun and fun in the tropics. It was supposed to be him and his best friend, and they’d been looking forward to it since the moment they thought it up. Unfortunately, his best friend was fired shortly before they were set to leave, and couldn’t justify spending so much of his savings AND not looking for work at the same time. Arnold was understandably bummed, but the tickets were non refundable, so he decided to go anyway.

Despite his best efforts, he just couldn’t get into it alone in a foreign place. Going out to eat was sad, sitting on the beach was lonely, and picking up women was near impossible without his wingman. Drinking alone was probably the worst, but that wasn’t stopping him from doing it right at the edge of the sea on that fateful evening. At least it distracted him from everything else. He was half watching the sun set, half watching a group of girls playing in the surf, when a woman approached him seemingly from nowhere. He had no idea how she’d snuck up on him so well.

“They look like they’re having fun.”
“Yeah.”
“But I take it you’re not.”
“What tipped you off.”
“Well, you’re drinking light beer alone, again. And, I’ve seen you wearing the same thing the past 3 days.”
“Well, that tends to happen when you haven’t got any friends or any plans.”
“Well, I can help with that. Would you like me to help you have a little fun?”

He could barely believe his ears. Was she really coming onto him, even while he was like this? He couldn’t pass that up. “Of course! I’m Arn-” A rolling wave came out of nowhere and bowled him over. He came up spluttering, looking for his mystery woman. He saw her standing in the surf. She was barely 10 feet away, and yet it looked like the water was about waste deep.

“Pleased to meet you Arnold, although I’d pick something else to go by for the time being. Meet me here, same exact place, same exact time, just as the sun sets, when you’re ready to go back.”

What the hell was she talking about. It was only after he watched her dive beneath the waves that he noticed what was wrong. He looked down to inspect the damage on his clothes, only to discover he wasn’t wearing any. More shocking, however, was the state of his body. He looked like a swimsuit model, just minus the swimsuit. He was slim, tanned and toned, with long brunette hair and pert little perky breasts.

He barely had time to examine his new form, when he noticed movement in his periphery. He saw the girls he’d been watching earlier, and let out a shriek. At that point though he’d have to run right through them to get back to his room. He had to think of something fast.

“Oh my god, I’m so embarrassed. I came down to skinny dip, but I didn’t think anybody would be around here right now.”
“Embarrassed? Why? We’re just mad we didn’t think of it first.” On of the girls began to strip, and the rest followed her lead. “I’m Lila, what’s your name?”
“Amanda”

They played and laughed for the better part of the night, and the next two days. The girls thought it was so cool that Amanda had come down here alone. They all talked about how they wished they had the guts to do that. After a couple days, Amanda was feeling better, but thought it was time for a change. She told her friends that she was headed home, but gave them the number of “a really cute guy” she’d met recently. If she played her cards right, Arnold might not have to be alone anymore.

Kneeling at the edge of the sea, exactly where she’d first changed, Amanda was confused. It was sunset, she was right at the water’s edge, what gives? She stayed were she was well till the sun had fallen before she gave up. The next day, her new friends were delighted to hear that her flight had been cancelled, and she was going to be around for a while longer. They could tell she must be anxious to get back, but made it their mission to show her the best time they possibly could.

They were planning their evening’s activities when Amanda had a sudden realization. Her friend Audrey had asked if they could possibly sneak a quick drink in before their swim tonight. “Come on guys, we do have a little more time,” She joked. “Sunset’s a whole 2 minutes later tonight.”

That strange woman’s words echoes in Amanda’s head. Same exact place. Same exact time. Sunset. It wasn’t enough for it to be sunset, she had to wait for it to set at the same time. And she couldn’t just be at the sea’s edge, she needed the edge to be at the same place it had been as well. It looked like Amanda was going to be around a while longer. She may as well start looking for flights for next year. “Well, maybe the year after that,” she thought with a smile. 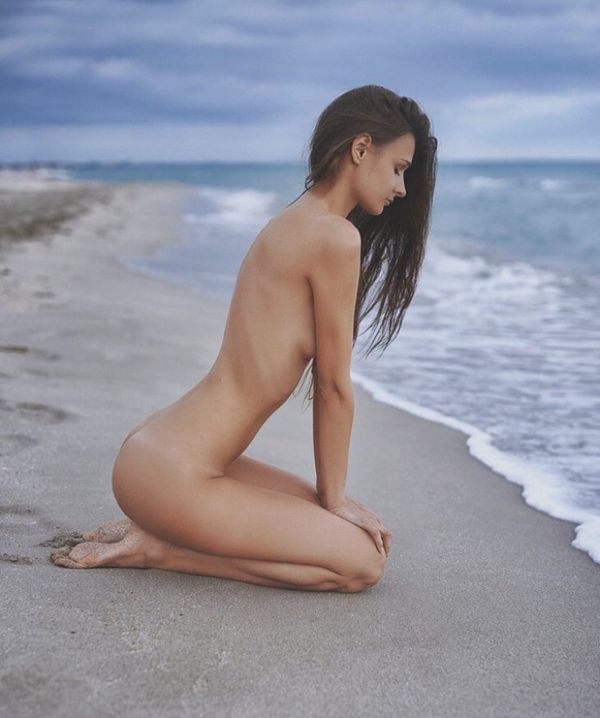