Scott is a high-flying police officer with the Australian federal police.

It is his first day back on duty since being shot in the line of duty by a fleeing suspect.

After the incident Scott’s body needed surgery and months of rehabilitation but thanks to mind swapping technology Scotts consciousness could be placed into a temporary body a bit like a rental car until his body was repaired.

Scott was a little bit nervous getting out of the car in his female police uniform.

Scotts temporary body used to belong to Jessica Martins who was an up-and-coming underwear model until she od’d on cocaine and was pronounce brain dead.

Her family donated her body to the project and Scott is just now one in a long line of people able to carry on their lives whilst the nanotechnology repairs their bodies.

But knowing that did not make him feel any less ridiculous at now being a police woman. 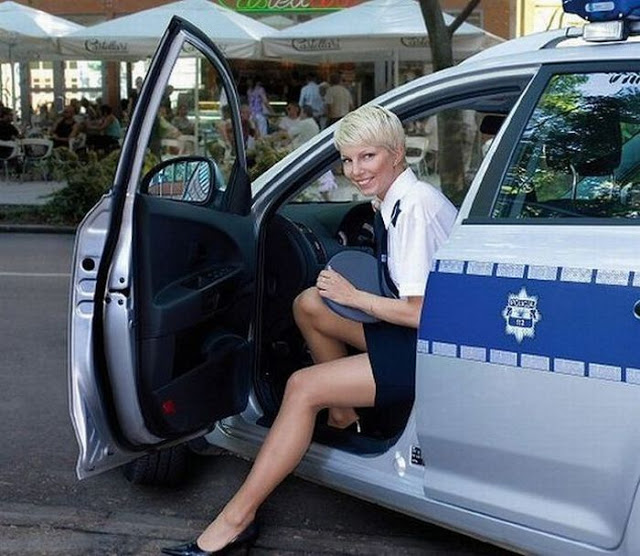