Emily opened the front door.
“Mayor Dixon,” she scowled.
“Do you mind if I come in?” he asked.
The two sat across from each other in the living room as he spoke.
“Listen Mrs. Carr, I greatly apologize for the affects of the chemicals we used against you and the other protestors. I wanted to make sure I apologized personally for that. Now I understand that you are the one who organized the protests, I came back to ask why.”
“You’re the most corrupt politician I’ve ever seen in my entire life!” she yelled, her face red with anger, “You used chemicals against protestors and didn’t even lose your seat! I spent a week confused until the affects wore down, and I’ll be stuck as a girl forever. You wanted to tear down the park and build an oil refinery for a company that YOU OWN! I could keep going all day if I have to.”
“I know you may not agree with me, but what I do is best for the people of this town. Here, watch this video and let me know if it changes your mind,” he said, placing a DVD on the table as he walked out. “I’ll be back tomorrow.” The door closed behind him.

Emily put the disk into the DVD player and sat down on the couch, skeptical of what the mayor could possibly be showing her. Had he heard she was planning another protest for next week. Certainly he couldn’t expect this to change her mind. The television set came to life, filling with Emily’s vision with abstract shapes and noises. What was this? The beats poured into her mind and filled her head as the colors and shapes encapsulated her vision and sucked in her focus. Hours melted away as Emily sat still, trapped by the video. Her expression was as blank as her mind. After almost seven hours the video ended, leaving Emily silent and covered in her own drool. What time was it? What happened? Her eyes ventured towards the clock, it was 7am, the next day.
“Oh gosh the mayor is going to be here soon!” She hustled to the shower and applied her makeup the best she could. She wanted to look her best.
*Knock Knock*
Emily opened the door naked, with only a large cardigan drooping off of her body. The mayor held a smile on his face as he looked her up and down.
“Come with me, Emily,” he said, grabbing her hand.
“Yes, sir,” she said, her expression void and her mind empty. 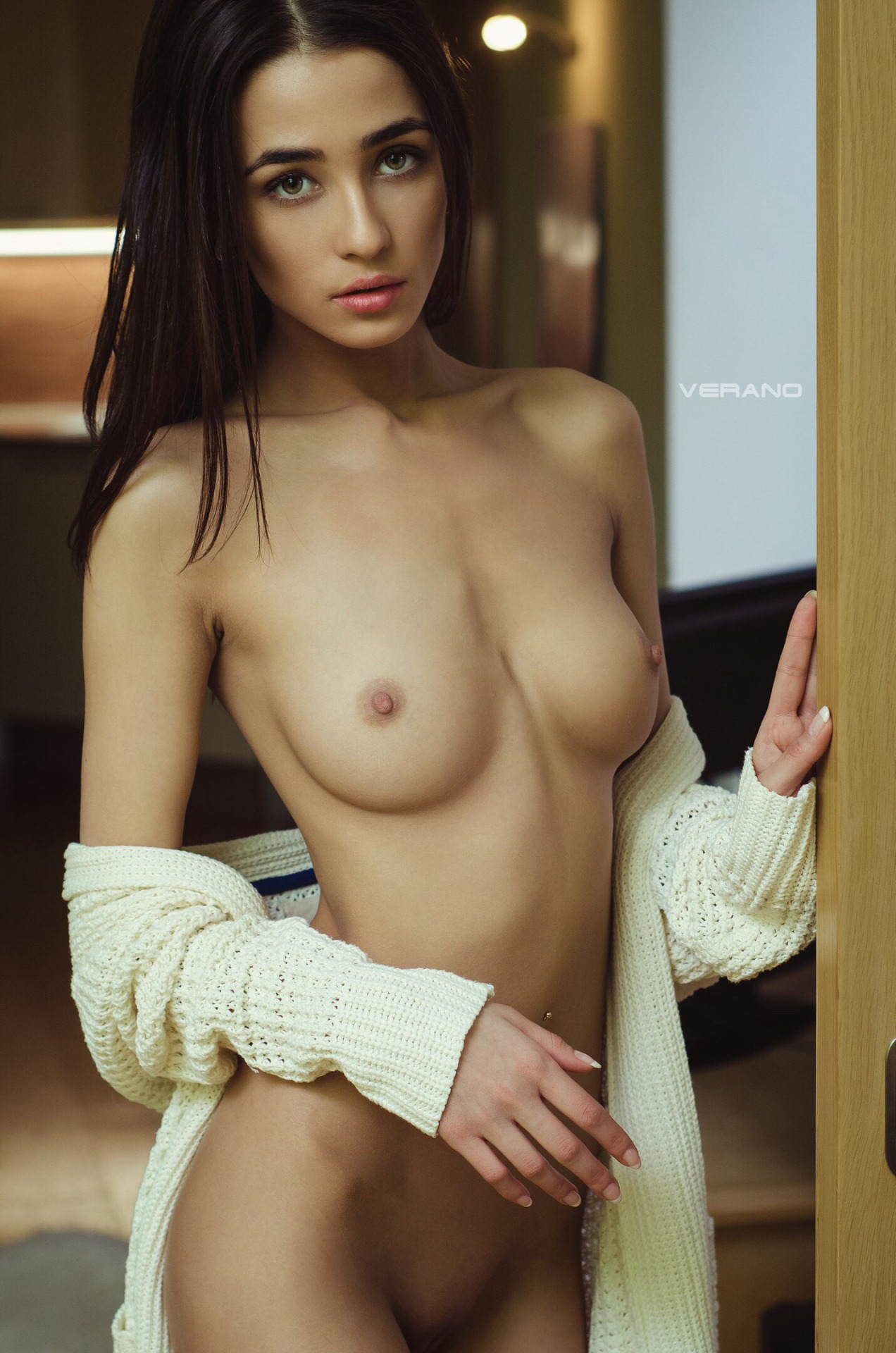