2 months. I have been undercover for 2 months as the mob boss
Sam Reiser’s personal assistant. I’ve been slowly gaining his trust, and finally, he slipped up.

you see for the last 2 months I NEVER had access to his office without someone else in there. I would always bring him files and thing he wanted. honesty the guy creeps my out, he looks at me with an eerie smile every time he looks at me.

he was a very careful man if I was in his office he was always watching me carefully, making sure I didn’t steal some incriminating evidence I could use against him.

But today he slipped up, I peered inside his office to give him the daily mail, and he was asleep! finally a chance to get what I needed.
I tiptoed to his safe where he kept his most sensitive documents.
I was trained to open safes with no tools,
I had it open surprisingly easily and took what I needed.
I tried to be quiet, but the safe door made a loud CLANK as I closed it.
he stirred in his chair and muttered something in his sleep. I saw his eyes slowly start to open.
I panicked and bolted out his room, I made it to my desk to stash my findings. I was almost there when I froze in place.

“what do you think you’re doing,” his stern voice said behind me.
I wanted to run, bolt out of there as fast as possible, but I couldn’t move. he walking in front of me, holding some sort of remote.
he pointed at me and pushed a button.
“who are you? why are you here” he asked
I had a plan if this ever happened. so I started to speak, but what came out was not what I wanted.
“my name Stanly Pently. I was placed here as an undercover agent for the police to discover illegal activity in this company. we believe that you are the mob boss know as Sam Reiser, and you are using this company to assist the mob.”

Shit!, I just told him everything I shouldn’t have.
“well… I guess I should have been more careful… you guys are better than I thought. well, I guess ill just have to change you… can’t let you giving the evidence away.”

he clicked another button.
and everything felt strange.
my clothes felt tight, my legs had a soft silky feeling running up my legs, stopping just before my hips, my underwear felt tight but comfy but it was shaped differently, hugging the top of my hips and moving down covering only the bare essentials. brown hair fell into my eyes and shoulders. I was seeing through glasses now too. I could move my head and I looked down to see that the feeling was true. I was wearing a long sleeve over a sexy undershirt. I had a small skirt, that stopped about an inch below my genitalia which was now a tight pussy. of corse, I had to see past the big tits that were blocking my vision. how did this happen? why am I a woman!?
next thing I knew
I felt a tugging on my hips, he pulled my. “skirt” and panties down with one long pull, my ass and hips were fully exposed.
before I could even think about what was happening he wiped out his cock. he pressed another button. my body started to move, then I bent over my chair like a slave. I wiggled my ass at him and before I knew it he rammed his cock into my newly formed pussy. I couldn’t help but feel the pleasure surge through my body and moan louder and louder. though the grunts of exertion he told me my future, I am to be his new personal assistant. but I have some new responsibilities. fucking, hand and blow jobs, and anything else a porn star would do.
be honest I wasn’t really worried if all the fucks feel like that I could get used to it! 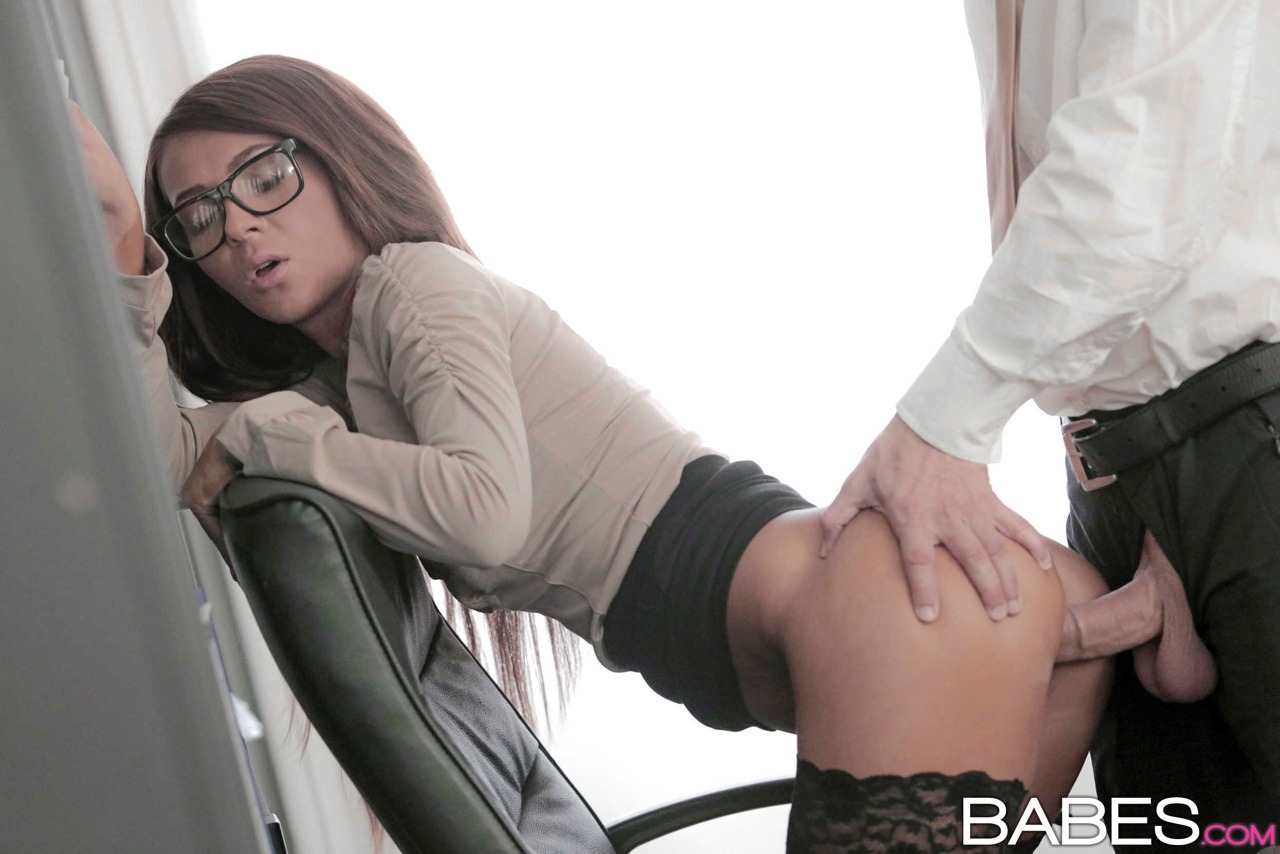