The doctor warned Mark to be careful and use the new experimental female hormones sparingly. But he just couldn’t help himself. He wanted to become a beautiful woman and the pills worked so well.

Even when he shot up over a foot in height, Mark still had to take more. He loved his large bust and curvy figure, but he wanted to enhance them even more. Sure he was taller than most girls, but models were tall and everyone seemed to adore them.

After the next surge of growth Mark was now a head taller than even most guys. But his body was to die for, with a perfect hourglass figure and a large but firm ass. Well, almost perfect. He needed more pills to tweak it just a little more. He was already tall, so a few more inches wouldn’t hurt.

Mark was a little too greedy with his last dose and now towered over other people. Most men were only as tall as his waist. But that was all right. It made the oral sex so much easier and so much better. And he loved all the little men that seemed to worship his tall goddess-like body. The only problem was finding a dick large enough to satisfy him. Everyone just seemed so small and insignificant to him now.

The doctor had told him that they were working on a male version of the hormone. It was still in development, but maybe some time soon he would find a mate who shared his desire for height and beauty. But for now he was considering taking another dose. It felt so good to be so tall, so powerful, so sexy. He still wasn’t satisfied. Mark wanted more…. 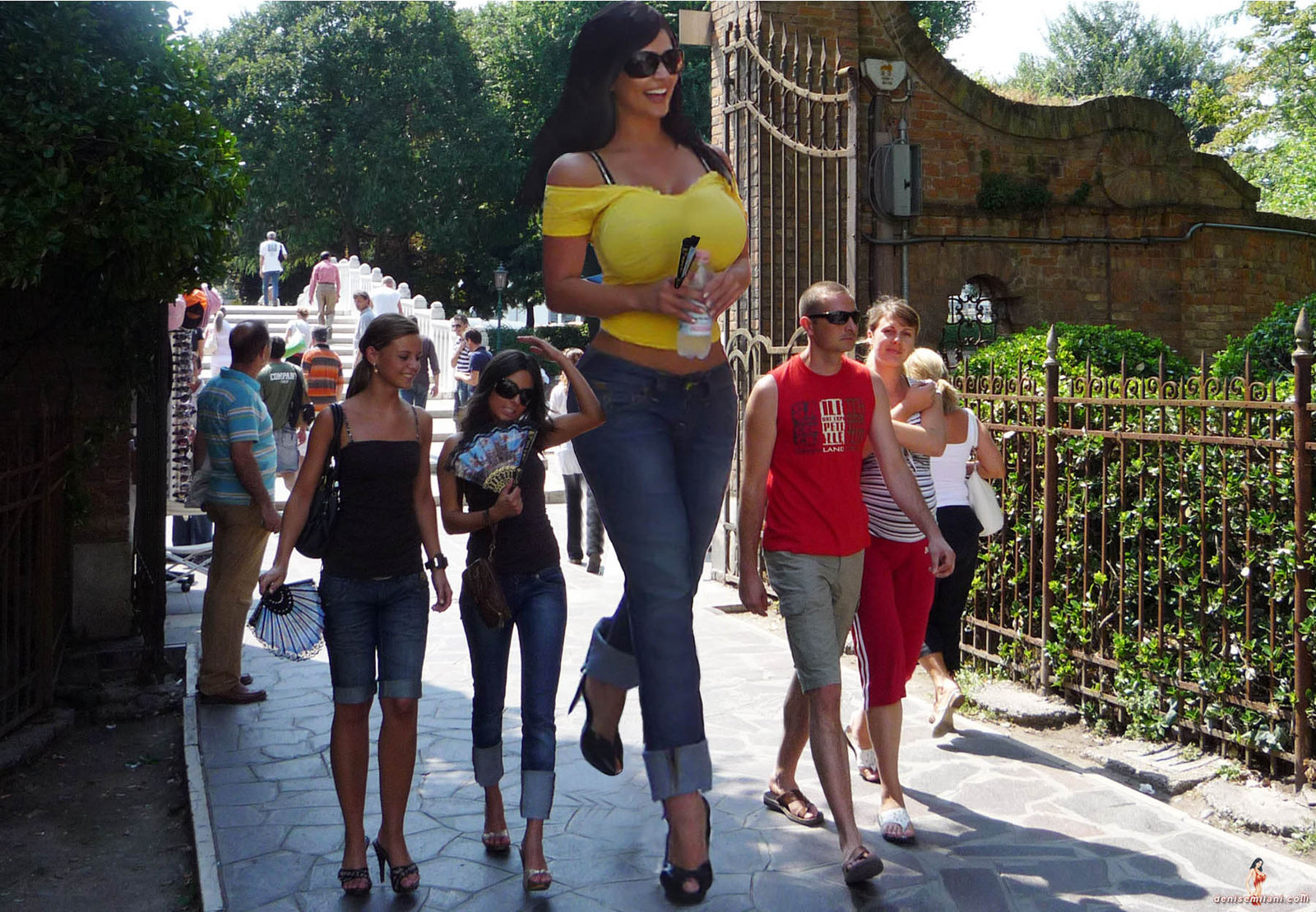