Tara had managed to secure a secluded spot on the beach in preperation for her friends that would arrive later on.
It was boring being alone on the beach, and slightly scary as she didn´t have anyone in the vicinity she knew she could rely on.
She was just about bring up her phone to check out where the rest of the girls were when she saw a small pink balloon or something hover around her stuff like it was some bee.
It didn´t move around like it had a purpose, instead it seemed to inspect and explore things, which made Tara smile.
“Hello threre Pinkie”. She decided to call it Pinkie because it was pink. It seemed harmless so she gave it a gentle push with her finger.

The erratic flightpattern around her stuff stopped and it seemed like Tara had piqued its interest in her instead.
It bumped into her skin several times and purred, which made Tara laugh. “Stop it. You tickle me”
The orb moved up and down her body, flying around her in her sitting position before stopping right in front of her face.
“Cool, I`ve got a flying pet”, she whispered to herself
Those thoughts vanished when the orb lunged for her open mouth and pressed itself in betwen her lips and in to her mouth.
The purr was heard again and she felt how it resonated through her entire body. Then Pinkie burst in her mouth.

She could feel how something moved inside of her mouth and tried to dig it out in panic, but to no avail. It was too far in and those parts she actually could reach was too slippery to get a grip on.
A searing pain emanated from the back of her mouth as something was forcing its way upwards. At the same time something else was moving down her neck and to her spine.

Her hands stopped to try to dig out the thing that went into her mouth and became limp. She couldn´t even call for help as her body was shutting down and she felt how a darkness approached.
Tara´s mind cried for help one more time before succumbing to the enveloping darkness.
Her eyes rolled back up in her head and she was gone.

Tara´s eyes opened up again and stared up into the sky above her.
Her body remained completely motionless except for the head that moved from side to inspect the surroundings.
“taAAra”. It didn´t sound right.
“TaArra”, Another try was needed.
“Taaarra”. Slowly getting there.
“Tara”. Yes!
“Tara”. It was said with a soft and sweet voice. Perfect!
“Tara Rydstrom”
“I am Tara Rydstrom”, she said deligthed.
“Memories: Human Female. Nineteen solar rotations of age. No partnership. Aquaintance with several human females arriving shortly.
“Memories: Girl. Nineteen years old. No boyfriend. Her girlfriends will arrive soon.
“Personality: Aquiring. Done”
“Personality: Implementing. Done”
“Host deemed useful for long-term mission. Releasing stabilizing agents. Done”.
“Resuming mission”

“Hey Tara! Sorry for letting you wait. The car needed gas”, Cindy excused.
“No worries. You girls need to catch up though, because it gave me a headstart on the tanning”, she smiled back.
“It´s a great spot you´ve found”, Michelle complimented Tara.
“Thanks. It was a stroke of luck finding it”, she responded.
Then she continued: “I know I´m getting ahead of myself by asking this, but do you want to go to a new place I´ve heard of? It´s kinda secluded but they´ve got the best smoothies _ever_.
“_Ever_?” Count me in, girl”, Michelle exclaimed. “Me too”, Cindy said.

“I promise, you´ll love it”, Tara said with a genuine smile on her face. 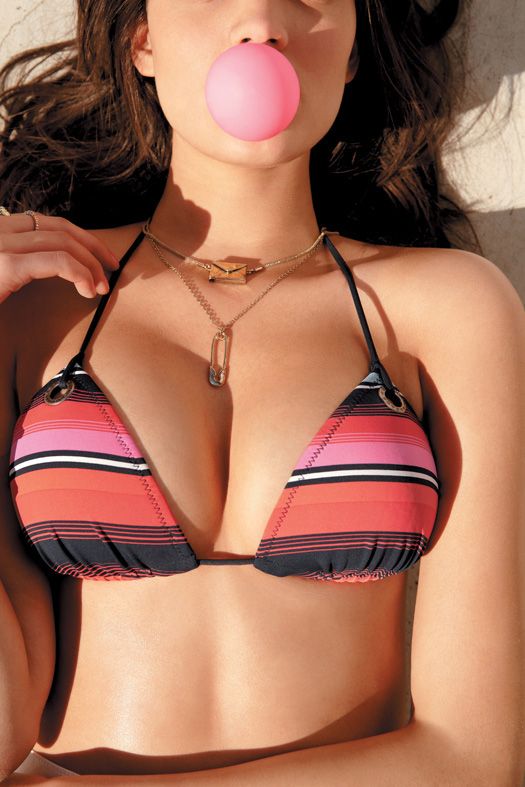