“Hello Genie, I have been single for over 5 years, i want you to send me a woman with big tits, a big ass and a nice curvy body for me to have!” Genie read the next wish outloud. “Mmh…. nice wish, but you didn’t tell me your name. I guess I will call you TeeGee” Genie said and giggled. Genie knew that there were a thousand ways this wish could turn out wrong. The girl he wishes for could have joke size boobs and ass if she gets the wish wrong. “I know!” Genie said excitedly, “I will let him decide. Wish granted”. As usual, Genie transformed herself into a cloud of pink smoke.

TeeGee was getting ready to go out drinking with his friends. He was in the shower, all soaped up, when the water stopped. “Oh shit!” he said. He was upset, but as he was about to leave the shower in angst, water started running again. “Finally” he said. He didn’t notice the colour of the water. Every drop of water that touched his body changed him. It wasn’t until he was reaching his equipment that he realized what was happening. It felt like made of rubber. He looked down, and realized it looked more like a dildo of some sort. As a reaction he pulled it out, revealing a pussy. “Wait? what?” he said with a high pitched voice.

He then noticed his chest looked a little round, and his nipples were darker and bigger. He knew what was happening, and he did nothing to stop it. He looked at his ass, “nice and round” he said and slapped it. He couldn’t do anything but giggle. He noticed his breasts didn’t stop growing. “They are big enough” he said. But they didn’t stop, nor did his ass. “Stop it!” he said. He already had two heavy water melon sized boobs. He closed the warm water and as soon as only cold water started touching his body, his breasts decreased in size. He was still a woman, but his breasts were practically gone. He then tried warm water instead, and his breasts and ass grew larger. Once he reached the perfect size he jumped out of the water.

He looked at himself in the mirror. “Not a man anymore” he said realizing he should be thinking of himself as a woman. “I am my perfect girl” she added. “Tessa” she said, “don’t ask me how, but I know that is my name”. She awed herself for an hour or so. She couldn’t just stop. She then remembered the pink dildo in her shower. Tessa walked back to the shower, quite excitedly. She couldn’t believe that piece of rubber was once part of her. She thought about shoving it up her pussy. But she had been single for 5 years, and that wasn’t going to help.

Instead, she got dressed. The sluttiest outfit she could find. It wasn’t much of a surprise to her, but her home and clothes had changed too. It looked like a girl’s appartment. One of her friends then picked her up. Whey went out clubbing, and for the first time in years, she got laid. From that moment on, she didn’t spend a night alone. She had a pair of knockers all men wanted. One day she might settle down and actually date a guy, but for now, she is having one night stands, and she is enjoying the hell out of it.

Her shower? well, it has become a normal shower, although she tried a couple of times to increase the size of her breasts, she had no luck. That was the size she chose, and she will be stuck like that forever. 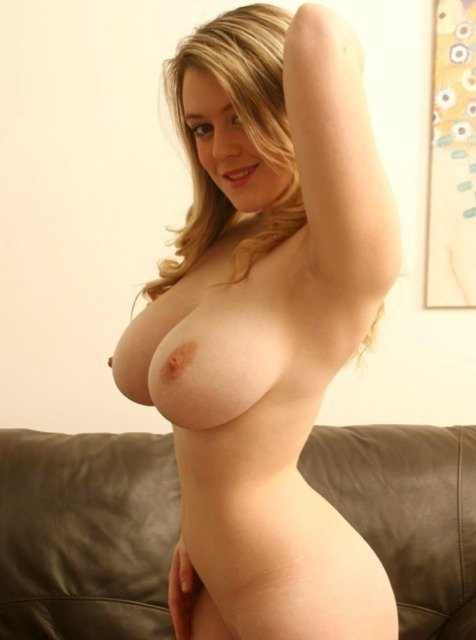