One time at the party

I was an average guy working as a cashier in a local supermarket but i had a secret. I often put on a body suit i bought and pretended to be a woman. I didn’t have any particular reason i just enjoyed it.
One day my sister asked me to go to a party with her. I liked to spend some time with her so i agreed. However she had an unusual request. She wanted me to wear the body suit for the party. I was surprised, how did she knew about my secret. My sister insisted so much i finally gave up.

I went to the party where my sister introduced me as Jessica. At first i felt a little bit uncomfortable, i wasn’t sure if the girls knew who i really was but luckily my sister didn’t say anything about it. After a few drinks i loosened a bit and started to act more girly. I had a lot of fun at the party and maybe i took my roleplay too seriously because at the end i was making out with a guy a just met.

The next day i woke up with a massive hangover. I looked around for some water and then i realized i wasn’t in my room. I had still the body suit on and i was naked. Tom, the man i met yesterday was still sleeping next to me. He was also naked and from the sticky feeling between my legs i knew what happened that night. Carefully, trying to not to wake him i took my clothes and sneaked out from his flat. When i got home i tried to take off the suit but i couldn’t.

I tried to figure out why i’m still stuck in the suit. I got my answer two weeks later when the doctor told me i was pregnant. I couldn’t belive it. I never thought that the suit is capable of such things. I was devasteted. Luckily my sister supported me and soon i gathered the courage to tell Tom. To my surprise he proved to be a real man. He didn’t run when i told him about the baby. He promised to take care of me and our child.

And so here i am nine months later. I’m happy with Tom, he’s a wonderfull boyfriend. I just moved to his place and we are engaged. Our wedding will take place after i gave birth which will be soon as i can go into labor anyday now. 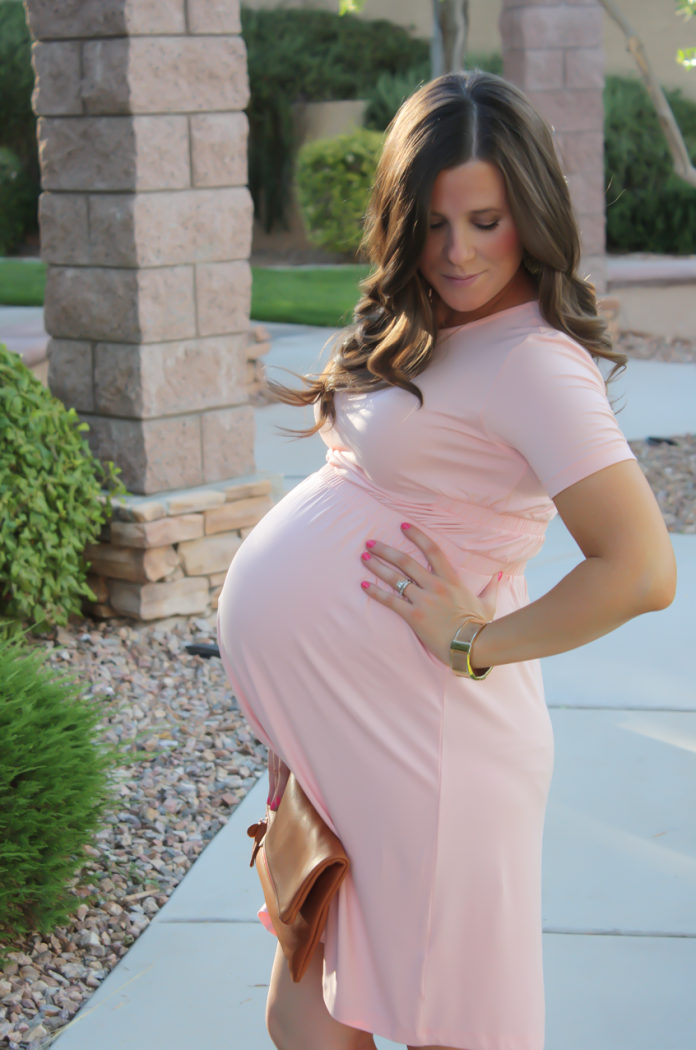