Nothing is as simple as it looks 2

I thought my friend James was joking when he offered me a thousand dollars if i sneak into Amy’s room and take something that belongs to her. I knew James was obssesed with this girl and i said it countless of times that he should rather see a doctor but a thousand dollars doesn’t grow on trees so I accepted the chalenge.

I was hididng in the bushes and waiting for an oportunity to sneak in. When I was sure the house is empty I got inside. Quickly i rushed into Amy’s room and opened the window for a quick escape if something goes wrong. Amy’s room was filled with spell books, weird flasks with potions in them and a lot of amulets. “Wow, and I thought James is crazy” I said to myself and begin to search. I found a wig on her bed. It didn’t surprise me since she likes to cosplay. I don’t know why but i put on the wig on my head.

“Now what should I take as proff?” I said scratching my chin. “Huh?” I suddenly noticed that my face is smooth. It was weird since i don’t remember shaving this day. I ignored it and begin to snoop around. As i was looking through her stuff i didn’t notice my black t-shirt turned into a white, girly sweater with two soft humps forming under it. I continued my search and grabbed a medalion from Amy’s collection. This should be enough to prove I was here. As i took the medalion i looked at my hand which was much more delicate and feminine. I looked down at my body. I was wearing tight jeans. My butt was round and soft, my hips got wider giving me a feminine figure and my manhood was gone. Surprisingly I didn’t freak out when i realized i turned into a girl. I knew it wasn’t right but every feature of my body felt natural, like I’ve always been a girl.

Suddenly I heard the main door open. Instead of runing I went downstairs where I met Amy with her friends, Emily and Kim. “So you finally decided to join us James?” She asked. “uh, I’m not James, I’m Martin” I said in my new, girly voice. “Another one, how typical of him to make someone else do his work. Anyway looking at you I think you can’t be called Martin anymore, how about Marti instead?”. Amy said. “Sounds nice” I didn’t protest that she changed my name just like that. Out of a sudden Amy took her phone and pointed at me. “Say cheese” She said before snapping a photo. “There. James should like it” She said and send the photo to him.

Amy and the rest decided that we should have a girls night to make me more comfortable in my new body. I was already feeling good with myself but it was a good way to get to know them better. I found out later that Emily and Kim were guys before, just like me. I was glad to know that I’m not the only one who’s new to this girl stuff. We had a great night watching movies and chatting about random stuff. I’m really glad I agreed to do this. I may not get the thousand dollars from James but this was much better than the money. I found new amazing friends and I hope more will join us soon. 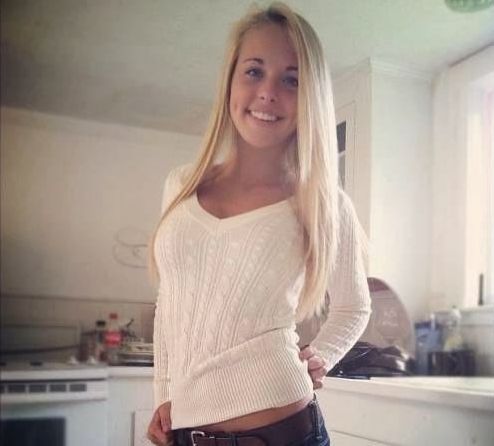