Not Much of a Secret

Dan finally had an answer. For the past few weeks he has been finding hints at his roommate Matt’s hidden secret: panties in the laundry, makeup in the bathroom cabinet, a wig in the closet. But yesterday he found the one thing that would erase all doubt â€“ a receipt for an expensive body suit off an shady website left out on the kitchen counter. Every Saturday afternoon Dan would normally work, saying goodbye Matt at 10am and not seeing him again until close to 7pm. But today, Dan came back hoping to find his roommate in a compromising position…..

“I knew it!” Dan said as he ran onto the back porch, expecting to find his clumsily disguised roommate lounging next to the pool, “I knew that you were a cross….” Dan stopped in his tracks and stood astonished. In front of him stood a image of naked female perfection. No longer did he see his awkward, skinny friend Matt but rather the surprised face of the hottest woman he had ever seen.

An expression of fear crossed Matt’s face as he quickly covered his completely natural-looking and sizeable breasts, his rounded hips glimmered in the afternoon sun, “You know…” Matt said in a voice that sounded far more feminine that the normal male voice Dan was used to.

“That’s a body suit?…. It looks so real….Your ass…..Your tits…..wow…haha If I didn’t know better, I would …haha wow” Dan managed to say, attempting to hide the arousal he could not contain.

“Please don’t tell anyone,” Matt said, “I’ll do anything.” In a subtle motion Matt gently began massaging his breasts and lick his luscious lips,

“Er…..anything?” Matt smiled as he realized how much he could turn this to his advantage…

For weeks, Matt had been leaving hints for his roommate Dan to find. You see, Matt was actually transgender, and recently had purchased a top-of-the-line body suit online. The first moment Matt put it on and looked in the mirror he was speechless… he looked exactly like a woman, curves and all. It did not take long for him to discover how functional the internal pleasure sensors were as a light brush of his new nipples sent erotic tremors to the base of his toes. Even the imitated vagina, masterfully disguising his tucked penis, began to moisten at his arousal, making him start to scheme to get what he wanted. He knew it wouldn’t take much to manipulate Matt into wanting him in his female form… With this body, who could resist?

As she stood naked next to the poolside, feigning shock, Matt saw the beating erection dying to be released from Dan’s shorts. Just from massaging her breasts she was already extremely turned on – a virgin on the brink of a sexual awakening. She knew that Dan was just the first of many men she would seduce, nothing in life seemed more desirable. 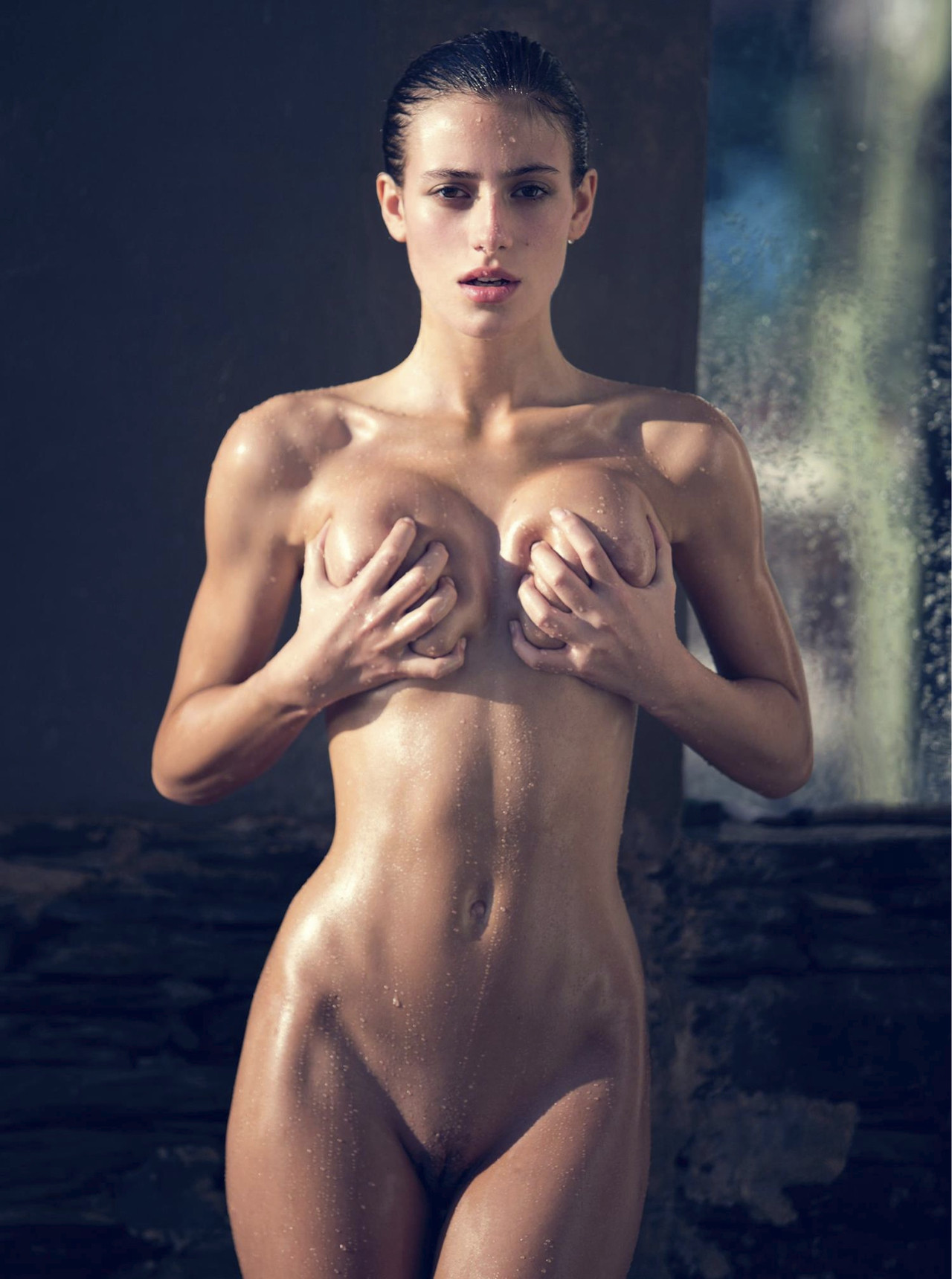