Harry and Larry came down from the hidden monument, changed into busty women. Harry on the left was a bit thrilled, while Larry on the right was not so much. The three other guys that didn’t hike with them there, were equally thrilled at their buddy’s new sexy appearances.

So later that night it was not a surprise when Harry was being tit fucked by his buddy Jed, while Larry was outside pouting by himself. Harry was enjoying this, but Larry was not. Then when Ned and Ted joined the pouting new woman, they both comforted her.

Ted rubbed one hand while Ned rubbed another, and before too long those tiny new hands were wrapped around both their cocks. Larry turned out even sluttier than Harry in his new body. He just needed a little push. They both knew the changes were permanent, all stories of changes there were male to female only, and females never got changed ever. Eventually they didn’t care however, the sex was great, and their buddies were looking good in a whole new way!

Then Harry got a wild idea, he didn’t like three guys to two women, so he and Larry knocked out Jed, put him in a small wagon and took him to the monument. Before Jed even woke up, he was a busty redhead, and now there were three women instead of two on the trip. They took him, well HER back unconscious, and woke her up when Ned and Ted’s cocks were out pointed straight at her!

Jed screamed in his new voice, “YOU assholes! OH MY GOODNESS. Why do those cocks look good to me now? Get them away from me!”

Ned said, “You won’t be saying that later babe.”

All three new chicks started to go with new names, Harry was Harriet, Larry was Lara, and Jed was Jess. The three also told Ned and Ted they better keep being good as men, or they would end up with a set of tits themselves! 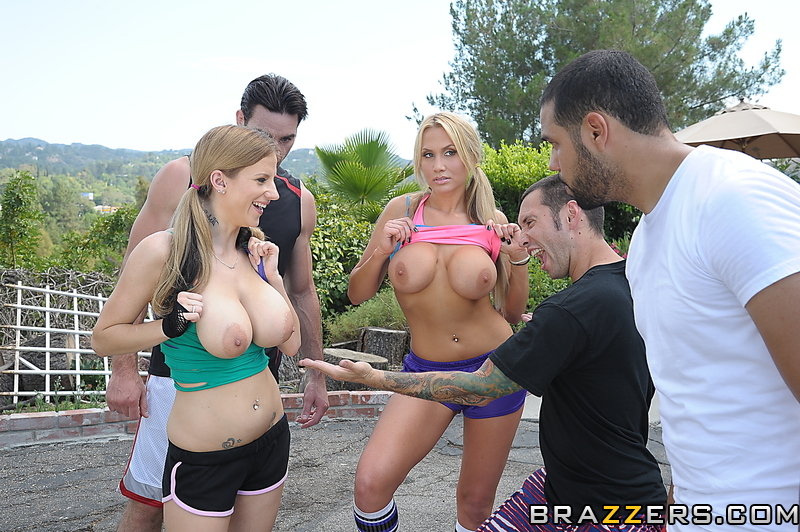