– You wanted to see me, Mrs. Johnson? – David asked as he entered the principal’s office.
– Take a seat, David. – the highschool principal, Lisa Johnson, answered from behind her desk.

David (17) was a senior year student who liked getting into trouble. He enjoyed spending his schooltime pranking teachers, skipping most of his calsses and doing grafittis whenever he could. And because of that he got caught several times. But today was different. It was during Maths, his first class of the day, that Mrs. Johnson came into the classroom. It was there where she told David to meet her at her office in 10 minutes, with no particular reason. After that, she left David (and the whole classroom) wondering what he had done. It must have been quite important to make the highschool’s principal, who rarely showed up even in the aisles. But he didn’t have a clue.
Mrs. Johnson was a very particular woman, who had developed a very strong patience throught her years in the school, first as a teacher and then as principal. She didn’t want to be feared or hated by the students, but sometimes she had no other choice than suspending or call somebody’s parents for going too far. But David’s case was different, since she had ran out of ideas on how to deal with his rebellious behavior. He’s been in trouble so many times she could have him expelled if she wanted, but that wasn’t the case. That’s when she realised she had to use another method…
She came from a family of witches and sorcerers, a family that had agreed to use magic only when extremely necessary, so that they wouldnt raise up too many suspicions. Unfortunately for the boy, this was the time.

-I’m sorry Mrs. Johnson, but I don’t recall doing anything wrong lately. -said David while sitting.
-Now that you mention that, I can’t recall either. – said Mrs. Johnson,
– Then.. why did you…?
– But I do remember many of our previous meetings. – she said while standing up – You have a very extensive record, David. Enough to get you expelled, actually.
David started getting nervous and uncomfortable. “Ohh fuck, my parents will kill me” he thought, and started to wonder where she was going with this..
-Mrs. Johnson, I… please don’t…-
– Don’t worry, I didn’t call you to for that. Not yet at least. – she added, while looking for something in a cabinet. He exhaled a big blow of air in relief as he heard those words.
– I called you to make you an offer. – Mrs. Johnson said
– An offer? What do you mean?
– I want to offer you the chance to redeem yourself of the damage you’ve done to this school and it’s people.
David open his eyes widely and stared at her in disbelief. Then he noticed the pointy wooden stick she had pulled from the cabinet, but didn’t really payed attention to that.
– What? How? – he asked
– Since none of my past warnings and penalties seem to have worked, I decided to forget all of your previous mischiefs…
David couldn’t believe what he was hearing.
-…on one condition. You will have to do something for me. – said Mrs. Johnson.
– What do you want me to do?
– First you have to tell me if you accept or not. It’s only a small favor you will have to do.
– Of course I aceppt. I don’t seem to have other choice, do I? – he said
– Wonderful! – she said, as she pointed him with the misterious stick she was holding. Then a sphere of light came out of it and flew straightly towards David.
– Hey! What the hell is that? – he said as the sphere dissapeared when it touched his chest.
– Oh, you’ll see. Just give it a couple of seconds.

Just a few moments after she said that, David started to feel a warmth coming from his chest, that expanded to the rest of his body. -What’s happening!?- he yelled. Suddendly a flash enlightened the whole room. He tried to cover his eyes with his hands, but he couldn’t. His new pair of breasts were an obstacle he wasn’t aware of. -AAAHH!! BOOBS? WTF!- he yelled in a high pitched voice while grabbing them with his now manicured feminine hands. He noticed not only his new assets, but that his clothes had changed as well. He was now wearing a white shirt, a leather belt, a light blue skirt and a pair of high heels. Just exactly what Mrs. Johnson was wearing. He then examined his hips, waist and ass until he reached his (now her) crotch. -“Wait a moment, don’t tell me that…” he couldn’t finish his sentence because of the shock of not feeling his penis anymore, but a pussy. -“Oh my god, it’s gone!”- he wanted to cry. -“What have you done to me?! I’m a woman! A fucking woman!- he said as he touched his face.

-Not just any woman – Mrs. Johnson said. -You are me. Well, a copy. Like a twin.
-Oh God, and old too! – he complained’m still in great shape – she winked at him.
-How is this even possible?
-A witch. – she confessed – I thought you would have figured that out by now. Long story short, there have been lots of witches in my family for many generations, and I’m not the exception. – she came closer to David – The thing is that I need you to replace me just for today until late afternoon, when the school closes. There are some issues I have to take care of, and I can’t be in two places at the same time. That spell takes a couple of hours to cast. Would you do that for me?
David was stunned. He thought about it for a minute, while pacing around the office, until he gave up and said – Ok, I’ll do it. Like if I had another choice.
-Terrific! – Mrs. Johnson said. – And just to make sure you’ll make things right and won´t do anything stupid – she grabbed her wand (the pointy stick) and casted another beam of light to him, but this time it hit his head. – There we go. That should do it.
-Wow, I’m starting to get a bit dizzy… -he said as he looked for a place to sit down. His head was flooding with new information regards Mrs. Johnson’s life, her personality and how to handle her job. – Oh.. I see… So, all of this things I just learned will make things easier, right?
-Exaclty, David. Or should I call you Lisa now? – she teased him
-My name is still Lisa, Mrs. Johnson. Wait, I mean Lisa… I’m Lisa! Lisa Johnson! – he grabbed his throat in fear – Oh holy crrr.. Wait, what the ffff..!! – he realised what was happening – So I can’t say my name nor curse!
– You’ll have to behave like a proper lady now. – she looked at the clock on the wall – Oh, look at that! Time flies when doing magic! – she laughed and grabbed her purse and wand – Well, I have to get going. I trust my image and this school to you, David. When I return, I’ll change you back to normal. Until then, have fun! – she said. Then a pink smoke appeared from her feet and started to rise, covering her.
– Wait! I’m not really sure about..! – David tried to tell her but she had already dissapeared, along with the smoke. – Great. Just great. – he, (now fully she) said as she placed her hands on her hips. – Now what?

Suddendly the principal’s secretary opened the door. Then David turned and saw her- Sorry to bother you, ma´am. But remember that we have a parent-teacher meeting in 15 minutes. – she said.
– Oh, thank you Christy! I’ll be there in a couple of minutes – David answered, almost automatically. “Whoa, what was that? I wasn’t going to said that, but thank god I did.” he thought.
– Ok ma’am. – she said and closed the door.
– Well, this might not be so hard after all. -David said. He looked down once again to see his new body – Still, this will take a while to get used to…

Hello there, reader! I’ve been reading caps for years now, and this is my first time writing one. Sorry, my english isn’t that good, but I think I can manage to write in it. Hope you enjoy it! 🙂 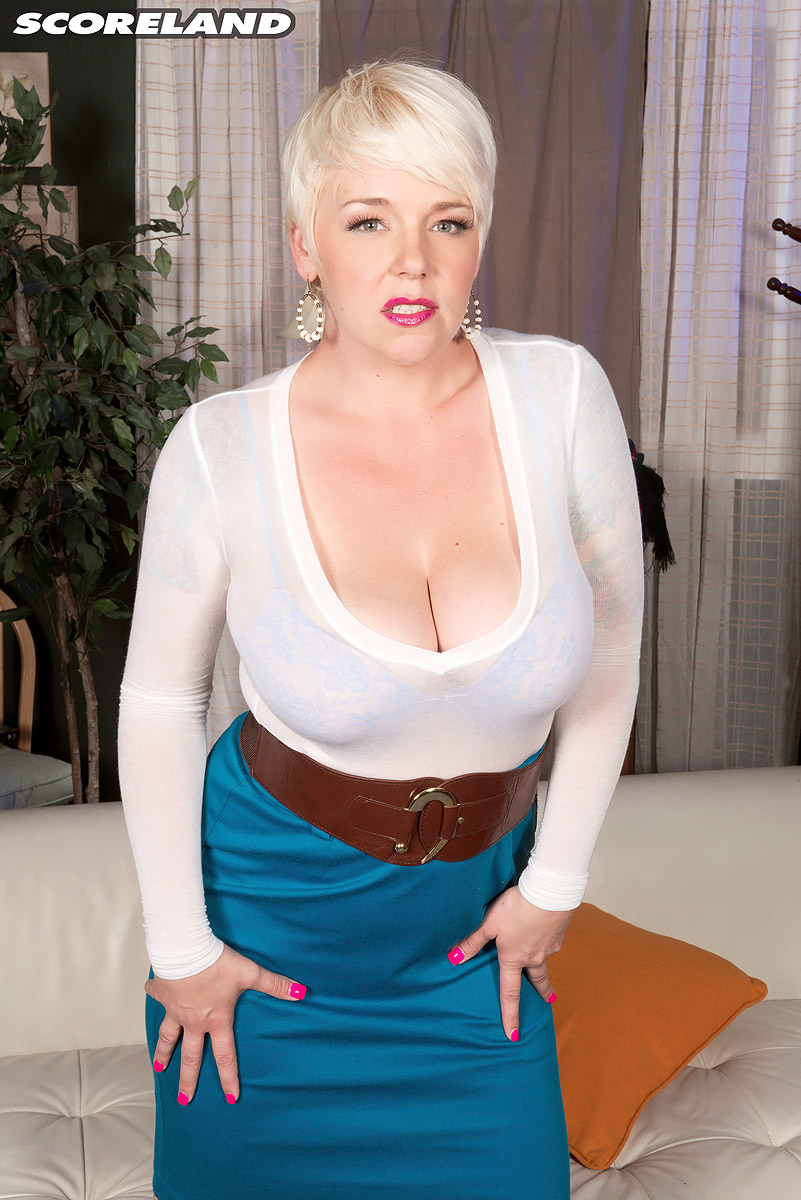