More than I wished for

As I openned my eyes, I gasped in awe at the fact that my wish had become true. I was in the body of Amy, my girlfriend. I was wearing her top, and her pants. I felt so happy, so hot, so alive! I reached down my pants, and saw Amy’s pink thong.

“Who are you?” I heard a girl’s voice ask me. I looked to my right, and there she was, Amy. My wish had transformed me into a copy of Amy, but the real Amy was still herself. I paused for a few seconds, thinking what to say. A billion ideas popped into my mind, “I am your cousin”, “I am your long lost twin sister”. But all of them were kind of insane. I decided to just go with it, to come out clean.

I stood up, and walked smilling towards her. She took a few steps back, she was kind of scared. I placed my hand on her pussy and said with my new high pitched voice “I bet you know who I used to be”. “John?” she asked. I smiled, but didn’t say a thing. I got on my knees and after ripping her pants off, I started licking her pussy. She couldn’t resist it, she moaned a little. “John! stand up” she said, but I ignored her, reaching inside her wet pussy with my tongue. She grabbed my hand, and took me to her bedroom, where we had sex for hours. I can say I was kind of surprised she had a double sided dildo.

Afterwards, we started talking, “so, you can turn back?” she asked, to which I told her I didn’t know, but I didn’t want to go back. “We can’t just say you are my twin sister, everybody knows I am an only child” she said. “plus, as much as I enjoyed having lesbian sex, I am into men” she said. And that’s when I came up with a plan. It was perfect, and she decided to go on with it. Nobody would know there were two of us, sometimes she would go to work, and I would stay home, and some other times I would go to work in her place, while she took the day off.

In a few weeks she had thought me how to apply make up, how to walk on heels and how to act sexy. We got accustomed to our rutine in no time. Although It was easy pretending to be Amy, it was kind of weird getting hit on by guys. I don’t know exactly when it happened, but one day, I stopped thinking as the guy I used to be. I started to think as the woman I am. And I bet Amy saw me as a woman too.

A few years later, we met James, who became our new boyfriend. We took turns dating him. She was the first to sleep with him, but we both had sex with him. We never told him the truth. Although, tecnically she was the one who married him last summer, I am the one who got pregnant during our honeymoon. I know the next months our rutine will change, she won’t be able to pass as me unless she gets a pregnant belly too. She isn’t mad, all she said was “I get to carry the next baby”. 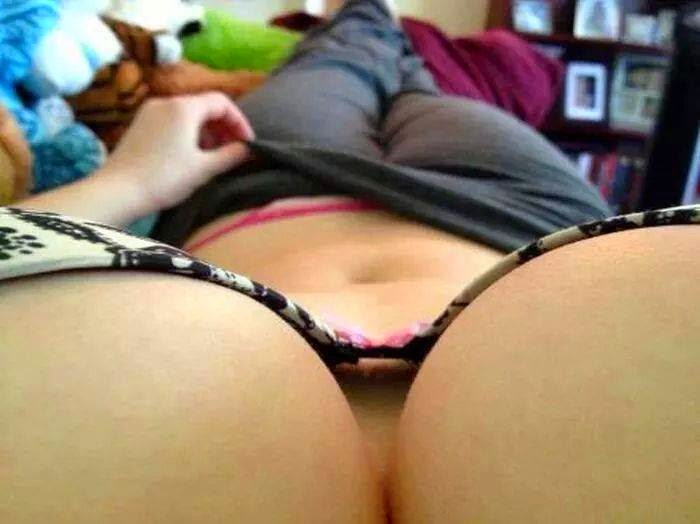