The invitation read:
Party at Mooreland Drive 56
No dress code
Bring booze and liqour
———————————————
*Ding Dong*
The door opened and the host greeted Carl welcome.
“Thanks. But where are all the others?”
The host, Mike, gave him a wry smile. “They´re inside but first I need you to enter this box and when the door slides shut I want you to push the purple crystal inside”. Carl took a peek inside the box that was standing in the hallway. “In with ya!”, he heard as he was given a friendly push in the back.
The door slided shut and Carl did as he was told and touched the crystal inside.
A blinding light filled the small cabin. The door slided open and Carl stumbled out of it.

“AAAAH”. He let out a high pitched scream when he saw himself. His body was female and clad in revealing lingerie.
“Looks like we have another screamer, girls”. Carl looked up and saw a group of women, all of them recognizable from school. Gabrielle. Janet. Marie. The rest he didn´t know. What had they done to him?
“Relax Carl. It´s us, the usual guys you hang out with. Let me show you. Kyle”
“Here!”, a girl raised her hand.
“Neil”.
Another girl raised her hand.
The roll call went on. Adam. Harvey. James. Chris. Larry
“We are still waiting for Pete to show up, when he´s here I will change too”, the host, Mike said. “As you have noticed all of us has changed into a chick from school. You will never look at them the same back in school”, winking with his eye and giving me a nudge with his elbow.
Still hesistant Carl asked: “Is it safe?”
“The changing booth? Sure is! We have changed back and forth for the last couple of days. Work like a charm”

Pete arrived shortly after and was changed into Victoria, a senior.
The party was wild, the booze hit them harder than usual thanks to their girl bodies and all the alien sensations craved attention. The alcohol made them lose the inhibitions and more than once a pair of girls could be seen sitting kissing and groping each other.

The day after the collective of girls was slowly coming about, the complaints of hungovers was heard from everyone.
“No worries”, Carl stated. It will disappear when we change back in the booth.
“Hey. It doesn´t work”
“Whaddya mean, doesn´t work?”
“What do those figures on the display mean?”
“Watch out! It´s shrinking!”

The booth had reverted to the shape it had been found in, reminascent of a suitcase.
The silence was compact from the group. Then a lone voice said:
“What the hell do we do now?” 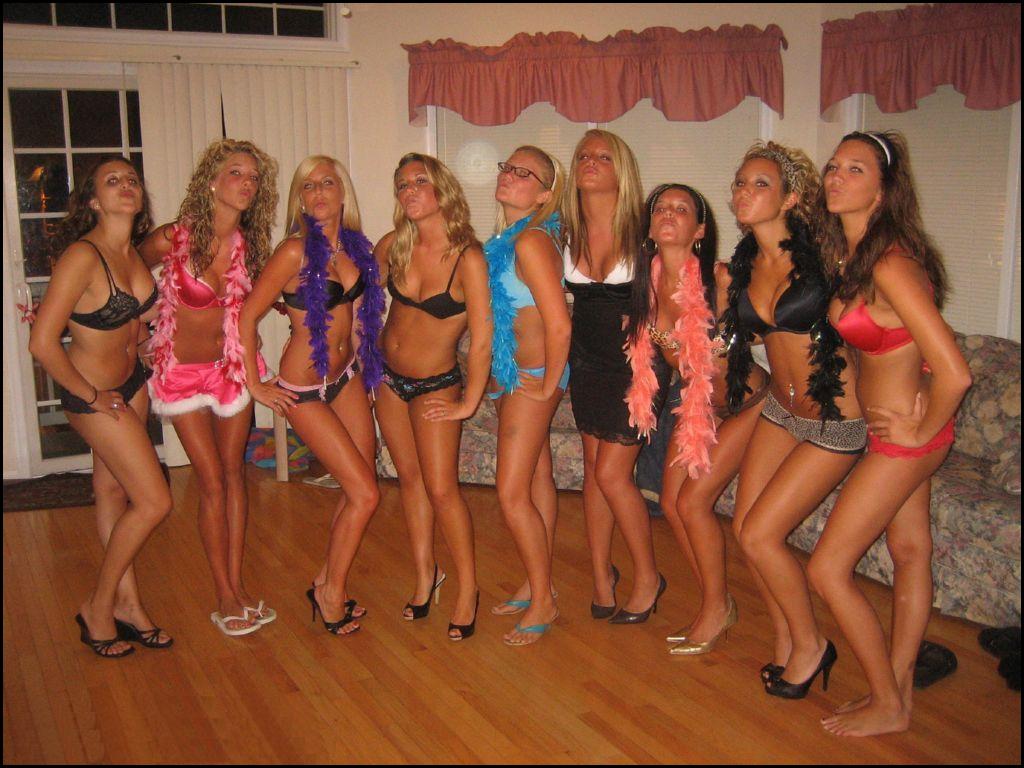