Tim was a 10 year old boy. One day at the mall he found a cellphone, he wasn’t going to steal it, he just tought about picking it up and taking it to the mall’s lost and found. He picked it up and looked at the phone, it had a girly cover plate, he felt disgusted at that. He tried to unlock it, but it had a password. Just for fun he typed “1234”, and the phone unlocked itself. “wow, i can’t believe someone would use that stupid password” he tought.

As soon as the phone was unlocked, It started ringing. “It most be the owner” he tought “I’ll answer so I can give it back”. He answered the phone, but no one spoke on the other end. However, he felt he was out of place, like he wasn’t supposed to be at the mall. He started walking to the parking lot, he didn’t know why, but he had to go outside. He saw a pink beetle park outside. He put his hand in his pocket and found the keys, weird, he didn’t remember having a car. While this was happening, his hair had grown a bit longer, and he didn’t look like a 10 year old, he was more of a 12 year old.

He unlocked the car and got in. He adjusted the mirrors and seat. He started to feel some preassure on his chest, he was growing breasts, but somehow, that didn’t feel wrong. He started the car and got out of the parking lot. He now looked like a 14 year old. His face looked more of a girl than that of a boy. He didn’t know where he was going; the GPS on his new phone started by itself, and started giving him directions. His destination was 200 yards away. By this time, he looked like a 16 year old girl, a purse with his driving license appeared on the back seat. It had a girl’s name “Emily Smith”. That was his name now, and he was now an 18 year old girl. She got to her destination, It was a hotel, she parked and got out of the car. Got to the lobby, and used the credit card from the purse to pay for a hotel room. She was asked for an ID, she picked her ID, “Emily Smith”, “Age 21” it read. After signing, she went upstairs.

She didn’t even remember being Tim, it was as if she had been Emily ever since she was borned. At her room she decided to take a selfie of herself, she looked for her boyfriend in her cellphone contacts, and called him. “Hey lover, I’m waiting for you, must have sex now”. Emily was happy, and she anxiously waited for her boyfriend, this was going to be a night to remember. 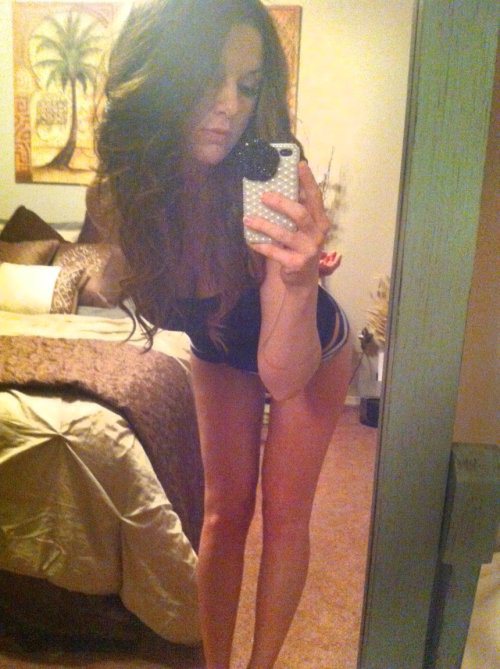