Look at his Foot

The podiatrist was a lonely guy, and the only patient who would really talk to him was Will. Harvey the podiatrist wanted to find a woman someday, but his status with women or people in general wasn’t the greatest. This was when Harvey got an idea. Since Will seemed to be his friend, and Harvey wanted a woman, why not make Will into a woman? A win-win he thought, so he found some magic powder that would change someone’s gender.

It was hard, but he found some in a distant country, in a remote region by a cave dweller who claimed magical powers. The powder was white, much like foot powder, so he could easily say it was that, and ask Will to use it.

So the next session at the office after gathering the powder, Harvey asked Will to put the powder on his feet, then examine them to see how they felt. It was supposedly medicated foot powder. Then, as will grabbed his right foot and looked at it, the unthinkable happened to him! Near instantly he morphed into a woman, clothing and all.

Suddenly he was staring at a smaller, softer nylon clad foot with painted toenails! He felt totally different too. His hair felt super long now, his chest heavier, and a void between the legs was prevalent. His clothes felt odd too, tighter, and silkier, and his other foot, which was partially in his shoe, was now partially in a flat.

Will dropped his new foot down in shock, pulled at his hair, grabbed his boobs, then his crotch, staring on in amazement, and said, “What… the.. my voice… by body… I’m a… I’m uh… WOMAN! Doctor, what happened to me? Was it this powder? What was in that? I can’t believe this. I feel so strange, so different!”

“Will, calm down. It must be your reaction to the foot powder. I’m sorry this happened, I’m not sure how this happened, it even changed your clothes to match your new body, amazing. I’ve never seen this happen before. Totally odd, but amazing. Full transformation. Unbelievable, and I think you need a mirror, believe it or not, you look beautiful. Go see for yourself,” said the doctor.

Will got up, and looked in the mirror, seeing his entire front side of his female body for the first time. He had to admit he was good looking for a woman, and even the clothes and makeup made him look even better. He just couldn’t believe how fast, and thorough the change was, and that he was actually standing there as a woman.

Harvey said intrigued and playing along, “See, you look very pretty. Now you are the prettiest patient I’ve ever had. I know this is strange, but maybe this is for the better? I mean look at you, long beautiful hair, a beautifully stunning face, nice pert breasts, a firm yet round ass, curvy figure, soft skin. Very lovely I must say. Sorry, I’m getting too much into your new appearance. I need to find a way to fix this, I know.”

Will replied, “Well, you are right, I’m hot for a woman that is. I really don’t feel all that bad either, just different. I guess it could be worse. You’ll be able to find a way to reverse this anyway right doctor?”

“We will see, but for now you’ll have to remain like this. No one will recognize you like this either, and you certainly don’t look like a ‘Will’ so we’ll have to find you a new name until we change you back. Also you can stay here at the office, I have a bedroom for when I’m working late. You could also come home with me if you want that is, until we get this figure out. Up to you, dear,” said the doctor.

Will knew he was correct, no one would believe it was him like this. Meanwhile, Harvey was just acting along with it, making it seem he would find a way to change him back, all the while realizing he was going to give Will time to get used to his new status as a female. Harvey hoped this would work, he would have the person he liked, in the body he sought after in a companion. He would have the perfect girlfriend for himself, and maybe future wife, and mother of his kids if in fact the powder was completely thorough as he thought it was.

Will reluctantly went home with Harvey, and Harvey decided to name him Vanessa. Will as Vanessa adjusted quickly, and by a week’s time was settling in well to be a woman living with Harvey. Harvey pretended to be researching a way to change him back, but wasn’t of course, pleased that Will was taking to being Vanessa so well. Eventually as time went on, Harvey said he couldn’t undo what had happened, and that Vanessa would have to face facts she would be a woman for good.

Vanessa accepted this, and wasn’t too upset, actually somewhat happy, as she had built a new life for herself as a woman. Harvey then, asked if she would stay with him, and be his live-in girlfriend, of which Vanessa did agree. She realized he had been there for her, and they were friends before this, so why not give it a try? After all they both seemed to need each other, and as man and woman, they could take their relationship a whole lot further.

That night Vanessa lost her female virginity to Harvey and as she screamed in orgasmic bliss, dogs barked in the neighborhood, hearing her screams of joy, as she got filled with Harvey’s hot seed. That night she conceived her first child and in nine months would not only be a new woman, but a new mother and later wife to the best podiatrist in the state, Harvey. On a side note, Harvey gave the best foot messages in town, as Vanessa could attest to when he would rub her tired, sweaty, achy feet after wearing heels all day. 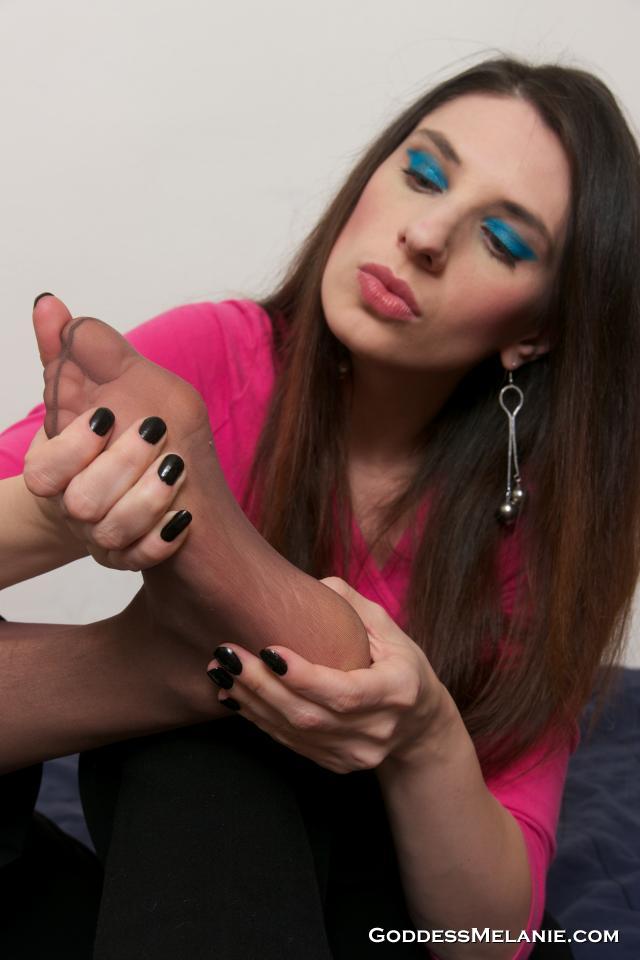