Guy was really in trouble now whilst on holiday in Mexico he climbed into an unlicensed taxi and was kidnapped.

He thought if he give them all his money and any items of value he had on him they would let him go but that was not the case.

The kidnappers wanted a lot more using an illegal and stolen body morphing device they transferred his consciousness into the body of Campanilla a local prostitute and crackhead.

Guy had no idea what they were going to do with his body as he sits in a dirty shack smacked out of his skull being watched by a teenager with a gun and a baby.

How was he going to get out of this one?

Unfortunately for Guy his body was shot trying to smuggle drugs across the border leaving him trapped as Campanilla and with nowhere to go he was stuck with his kidnappers who expected him to turn tricks to earn his keep.

Guy thought about going to the American Consulate but he thought they would just think he was just another nutter trying to get into the United States.

So what was he supposed to do as he sat there feeling the shakes desperate for another fix? 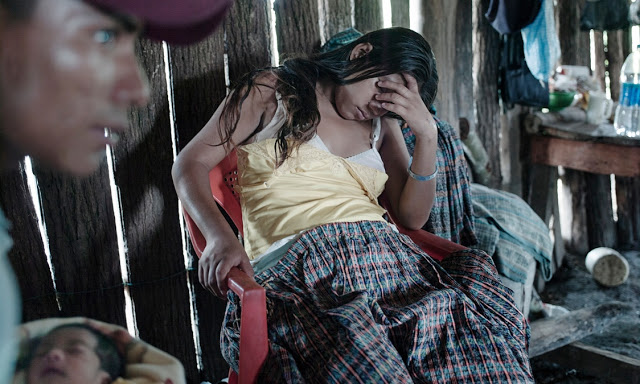