The office secretaries bachelorette party got out of hand, and some were now using a glory hole. Meanwhile at the bachelor party the men were having a blast but only one girl was there for them. Then Ted one of the guys said a wish.

“Man I wish we had big dicks and more girls maybe some hot secretaries like the ones doing that bachelorette party,” said Ted.

Suddenly there was a flash, and the guys felt… well different. They were grasping cocks with long fingernails and dainty hands, while staring at a wall, and tasting them as well! They had swapped bodies with the secretaries at the party, and were blowing random dudes in a glory hole! To make matters worse their new pussies were wet, and they were turned on by cock!

Meanwhile the guys at the bachelor party were freaking out a bit, after all they were now in men’s bodies with some strange skanky entertainment lady. Then Andrea realized she had wished for a big sexy pussy, and more guys to be close to, and she got it, they were close to guys, they were guys, and this chick had a big sexy pussy she was showing off at that party. 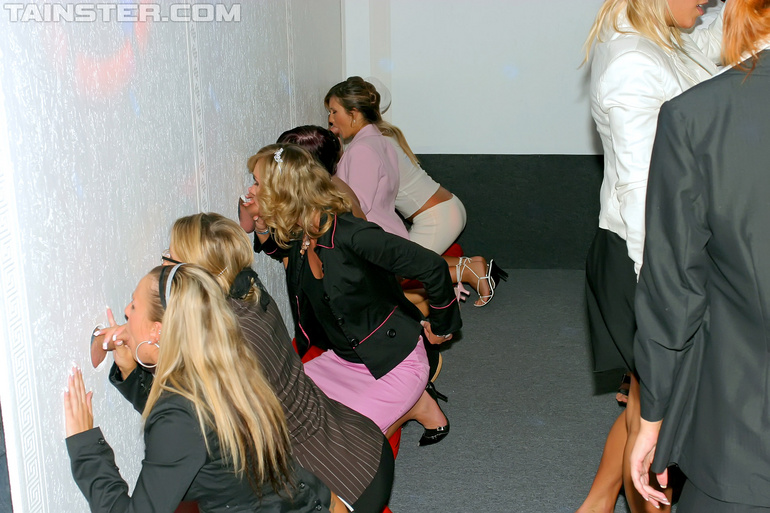