“Put that fine pantyhosed ass in the air like you just don’t care, Veronica,” said the strange rich man.

Clarence had kidnapped Vinny, and turned him into Veronica over the course of a year, surgically and medically, and this was the result, a beautiful woman. Granted Vinny was a small guy, and already had feminine features, his masculinity was definitely lacking when he was drugged and captured at the dinner party. Now however, there was no trace of it whatsoever.

Veronica looked back at the strange man, she had just been made fully aware after a long year of changes and being drugged up most of that time or sleeping. He freedom from the clinic room at the mansion was just a small leap of freedom, as now she had a dominating man in her life, the one who did this to her, and who was now inspecting his handiwork.

“You’ll make a fine addition to my harem, Veronica. Now go out and explore the mansion and the grounds. There’s no way to escape by the way, and you need to learn to walk like a lady and in heels. When you get back later we’ll have dinner and a kiss to get you started. Why did I do this you ask, and not just get an ordinary girl? Well, I’m not into ordinary girls. I want ones who know exactly what a man wants, those who have been men. You are my fifth girl, and I must say my favorite so far, and I’ve barely gotten to know you yet. Play it right, and you might even be picked to go on my trip to Venice later, over the other girls in my harem. You are an absolute knockout sweet cheeks,” said Clarence, slapping Veronica on her soft round pantyhose encased bottom.

Veronica explored the mansion and grounds as ordered, looking for a way out, which is what Clarence expected. He wanted women that wanted to stay on their own accord, so he gave them the change for escape. Once Veronica got the feel for experiencing the world as a beautiful woman loving the sway of her hips, the feeling of her breasts, the gliding of the pantyhose that caressed and supported her shapely legs as she walked, and the clank of the high heels, though not so comfy, but oh so sexy. 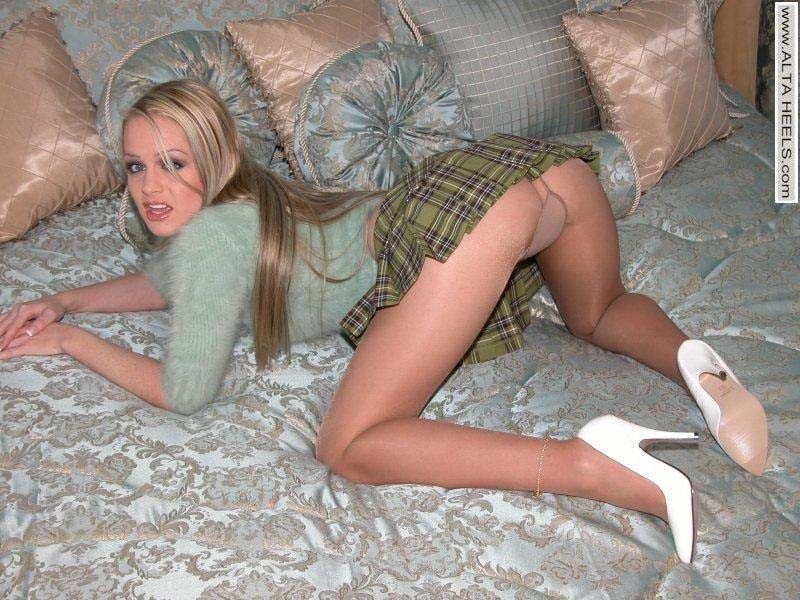