My eyes opened in an unfamiliar room. The last thing I remembered was lying down to sleep in my hotel room after having sex with my favourite Pleasurebot, but suddenly I was standing in some sort of waiting chamber. When I tried to look around I became aware of all sorts of strange sensations. Long hair gliding over my shoulders, weight shifting on my chest, cool air caressing my skin, and lace trimmed fabric wrapped tightly around the curves of a body I didn’t recognize. My powerful male body had been replaced by a dainty female. I tried to scream, but it was like the thought never reached my mouth. Still feeling panicked, I tried to pinch myself, hoping that this was all just a bad dream, but when my long fingernails dug into the skin of my soft, round butt, the jolt didn’t wake me. Instead, an aroused gasp parted my plump lips.
When Pleasurebots arrived on the market, the economy went haywire. Sure there was demand for the full range of androids available, but none were as sought after as Pleasurebots. Who wouldn’t want a beautiful sexual partner who conforms to your EVERY desire? As a man of exorbitant wealth and power, I’ve acquired quite a collection of them myself. And I’m always looking to acquire new models.
The only catch is that for any android to function, a human consciousness must be downloaded into the internal computer. Apparently this is what gives them the ability to process the subtleties of human communication as well as the spirit and drive to keep them from becoming too robotic. Naturally, this consciousness is entirely bound by the unit’s programming, leading to serious questions about freewill. So as soon as android technology hit the public sphere, all sorts of international legislation was enacted to make sure that the technology was used humanely. That means that no one’s consciousness can be downloaded into an android unless that individual chooses to, and that download cannot happen until after the person’s death – requiring uploads at regular intervals so that a copy of the person’s consciousness is always available. That’s how Download Insurance came about. It was a brilliant business move that I wish I came up with.
The trouble is, all of these laws and policies have really hurt the supply. Demand is up, but there isn’t enough consciousness to go around, especially when it comes to Pleasurebots. Apparently not many people are interested in having a life devoted to sexual pleasure for some reason. But with such high demand for Pleasurebots, there was plenty of money to be made by finding a new supply. That’s how illegal downloads came about. Certain people are capable of hacking into a consciousness upload matrix and downloading the mind of someone still living into a black market android. The individual who was hacked generally has no idea what happened and goes on with their life. Meanwhile, the version of them that was downloaded is unable to reveal what happened to them because of their programming. Then they get to have crazy sex for the rest of their existence. As far as I can see, everyone wins.
At least, that’s what I used to think. But now, I’m the victim. Someone stole my consciousness and dumped into this sexy body. I’m supposed to be a powerful executive, a well-hung silver fox, a MAN for fuck’s sake! To be trapped as some dainty female sex slave is humiliating to say the least. And when I pictured a lifetime of sex, it was always with my own cock, not getting ploughed by one! Of course, that pinch earlier did feel pretty nice. And I know these bodies are designed to deliver intense pleasure to the consciousness that inhabits them, so maybe sex as a woman wouldn’t be the worst thing ever.
How do I know so much about illegal downloads? Simple. The entire reason I came on this vacation was to buy a black market Pleasurebot. Also, my old body just happened to walk through the door of this room. Apparently, I just bought myself! I know I should be furious that someone stole my consciousness like this, but knowing that I’ll get to have sex with my own body is somehow…exciting! I’ll be getting endless sex with my own cock after all! 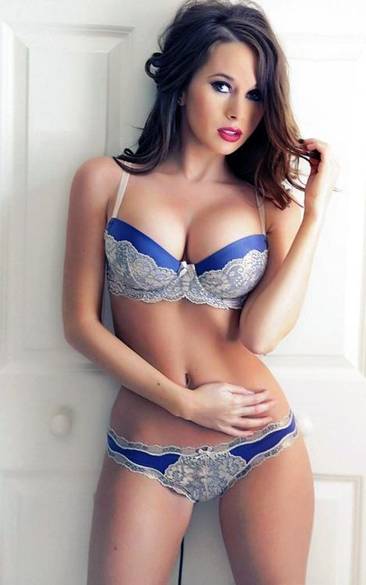