I wish he would last longer in bed…

Aaron’s great-grandmother, his only living relative, had just died, and in her will, she’d left him what was described as a “genuine” Genie’s Lamp, one that had been in the family for generations. Aaron had thought little of the thing. It was a corny reminder of his past, and what Aaron wanted was to start anew. he kept the lamp locked away for moths, leaving the stupid thing alone and forgetting about it, not even remotely curious as to whether or not it was a real Genie’s Lamp.
One day, Aaron and his girlfriend Sarah had an amazing lovemaking experience, one that was unlike anything Aaron had ever felt before. However, this experience was cut short, as usual, by Aaron, who came early (yet again). Sarah sighed, as her boyfriend slept. She was so sick of it. never feeling satisfied by her lover. Aaron was handsome, but he just didn’t last that long. Bored, Sarah went off to make herself something to eat, which is when she discovered the magical genie’s Lamp. Aaron had tucked it away in one of his drawers in the apartment, and forgotten about it. Sarah, still bored, picked up the Lamp, and stroked it, joking to herself about being Aladdin, while making a wish:
“I wish Aaron would last longer in bed!”
Unfortunately for the two of them, her wish was granted, but not in the manner that she had expected. Aaron got out of bed, yawning, and walked over to Sarah, shirtless and in jeans.
“Hey, babe, sorry about last night- oh, you found that silly Lamp? My dead great-grandma left it for me in her will. Said it was genuine, but its clearly just some gimmick or-“
Aaron’s body was instantaneously transformed, his rugged features altering until he was a petite brunette girl, still wearing the same clothes as before.
Sarah let out a scream of shock and dropped the Lamp, while Aaron looked at her confused, and asked, smiling, “What?”
“Your breasts! OH MY GOD! YOUR BREASTS, AARON!”
“Breasts- HOLY SHIT!” Aaron cried out, a hand covering his breasts in a ‘handbra’, while his other hand held up his jeans. “It was real! It was fucking real!” Aaron said, stunned and scared, but with some feelings of lust creeping into his mind.
“I don’t understand… I just wished that you would last longer in bed…”
“Wish for it to change me back!” He sobbed with his new high-pitched voice, “Wish for it to change me back!”
Sarah tried to replicate what she had done, whispering, “I wish Aaron was a man.” But nothing happened. The Genie’s Lamp had gone, all of its wishes used up by its various owners over the years. Aaron’s great-grandmother had intended that he use the final wish in some way good for himself, such as through wishing for the love of his life, or for riches, but instead, his girlfriend had accidentally transformed him into a girl! At first, Aaron struggled with his newfound femininity, and searched for a way to change back, but Sarah was there with him every part of the journey, helping him adjust to his new life as a woman. Soon, Aaron stopped caring- being a woman wasn’t nearly as bad as he thought it would have been, and the sex with Sarah had become much better now that he could actually outlast her. 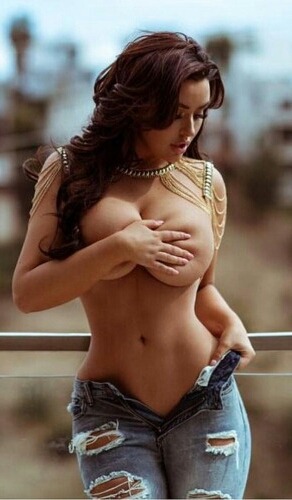