He should not have stopped

Darien stuck out his right hand with thumb up and held his legs together to recover some balance. He wasn’t born with this body after all, so it was gonna take some time getting used to. However, he was realistic about his chances to get a ride even on this backcountry road. Someone would stop for him, hopefully a nice guy like he’d been previously.

If only it weren’t so darn cold! He rubbed his curvy body vigorously for warmth.

He never should’ve stopped to pick her up. The warning signs had been clear, or they should’ve been clear if he hadn’t been thinking with his dick instead of his brain. Really, a scantily clad girl in the middle of nowhere asking to hitchhike and then hiking up her skirt to ride him relentlessly as he drove? He should’ve suspected something was wrong with the whole situation, but what good did it do him now to think about that since his cock and car were long gone and he had no clue how to find them? All he had now from his former self was the semen still dribbling from his cunt. Cumming in her was the last thing he recalled before blacking out. He squeezed his new pussy to hold in as much as he could of his former self.

What was her name? He had no clue. At least she’d left him wearing shoes, even if she took off with everything else, especially his body and his car and his manhood.

A red pickup truck was coming down the road. Would it stop? Yes, yes…he was pulling over! What should the new Dalia do now? Any ideas? 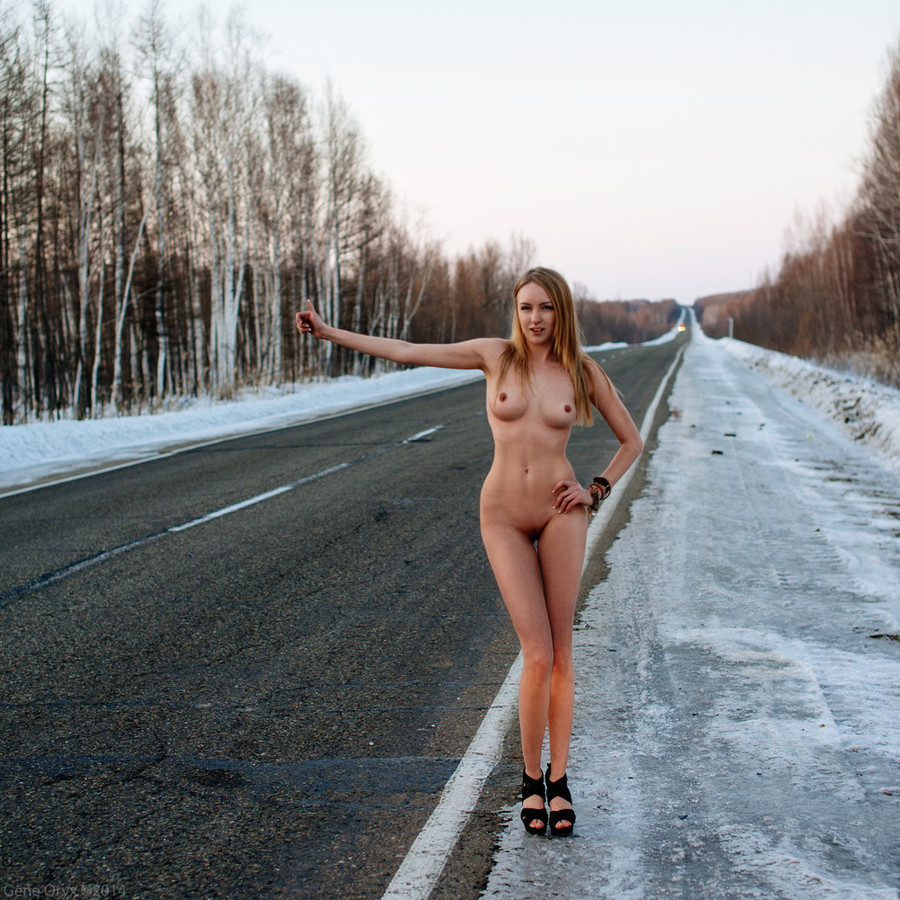