Ted loved the Halo convention, he was having a blast, but as he took a picture with a tall dude dressed as Master Chief, he felt a bit, well, strange?! He shrunk down in height, and he felt his body change, his ass expanded, and so did his hips, as he chest pushed outward, skin became softer, and long hair cascade around a face that felt like it was being rearranged!

His black shirt was similar, but tighter, showing his two new protrusions well, as his jeans became a kilt type skirt! Underneath, some fabric from his shirt seemed like it was now supporting those new protrusions! His socks became sheer and a nude color, crawling up his much smoother legs, and fusing with his briefs to become nude sheer pantyhose, with a touch of shimmer. His black tennis shoes, became tight black knee high boots, but barely any heel to them, leaving him much shorter than the Master Chief. Also, his lips felt waxy, and he felt the slight weight of earrings on his ears, along with a bracelet dangling down on that left wrist, as it help up the gun. He still had his sunglasses, but behind them, much longer lashes, mascara, and eye liner to complete his new look!

Looking down, he realized his body looked like something you would see at the Tilted Kilt, one of his favorite restaurants. He could believe this, he felt strange, especially the twin weights on his chest, and he felt the void between his legs as a gentle breeze went along the new cotton crotch of the pantyhose.

He was still holding the fake gun in his hands, but his hands were much smaller, and he had long French manicured nails on them now. A smell of perfume filled his much smaller nose, as he realized it was coming from him! He realized he was somehow now a woman, and dressed like one too, but why? How?

As he began to freak out, and sweat in those new boots, the picture was taken, and then a worker came on the photo shoot platform to get him.

“We didn’t have near enough ‘Halo Girls’ here at the exhibit, so you are one of the ones to be selected. We thought you might like this, given, many avies you have used online were female. Don’t worry it’s not permanent, unless you want it to be, try and enjoy yourself as a Halo Girl,” said the Halo convention manager.

Ted was stunned to say the least, but he did find a mirror after the photo, and realized he looked very good, much like an avie he would created on one of his online games in fact! Now he actually was like one of his avies. He touched his new boobs, then felt his legs with his fingers, reaching into his skirt finding his new equipment. It was real, he was a real woman! He thought then, why not try to enjoy this, and see where it goes. After all, in the virtual games, he loved playing female, now in reality he was female too. Why not see where this goes?

Two months later, he was following the Halo convention tours, as a Halo Girl still, new Tessa, instead of Ted, and loving it! He didn’t have to pretend to be female any longer, he, no SHE was female now! She was having a great time too. 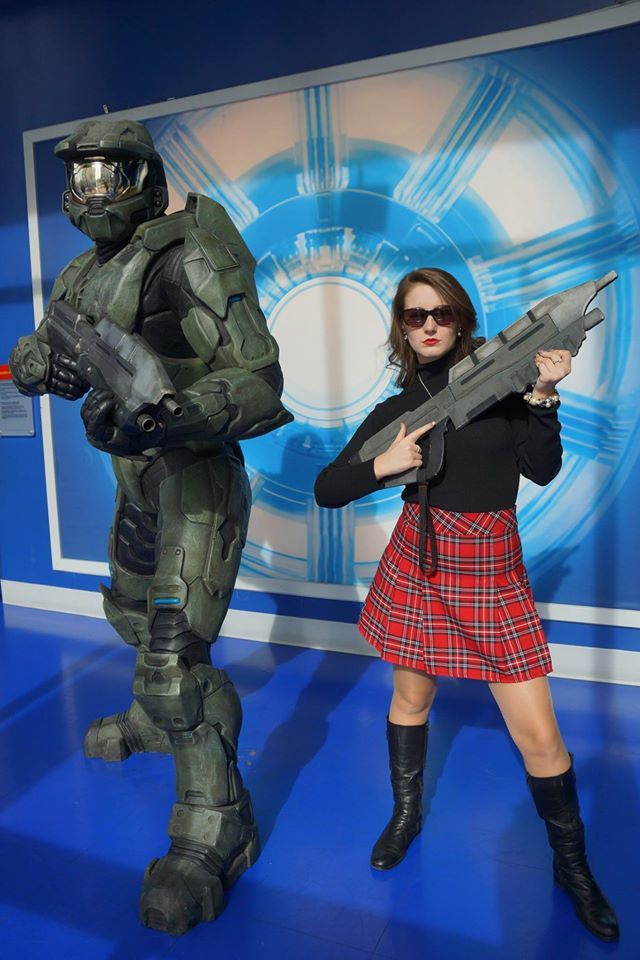