From Jock to Nerd Girl

The magic potion Brianna put in her boyfriend’s Coke would get payback on him for his cheating ways. She would take away what he holds most dear, his manhood, and his athletic ability, by making him into a nerd girl! Her boyfriend knew something was off when he felt a breeze on his legs, and they felt encased in something soft and silky, his legs themselves feeling smooth and shapely now! He looked down to see strands of long red hair leading to pert boobs, and a flat crotch in a tight blue mini, which in turn led to long soft pantyhose clad legs, with tiny feet with red toenails in strappy platform heels! Her soon to be ex also had glasses on as well, and noticed her arms and hands were much smaller, her fingernails red.

He, no SHE dropped the Coke and screamed, hearing her new female voice. Her soon to be ex walked up to her boyfriend smiling.

“Cheat on me, and I take away what you hold dear. No longer are you a man, but a woman, and no longer are you athletic, you are now a nerd. Enjoy the quiz team instead of the football team, Chad, or should I call you Charity now? Have a nice life Charity, all changes are final,” said Britney laughing at the new nerd girl Charity.

Tears rolled down Charity’s face, as she realized this was her new life, no longer a man, no longer a jock, just a chick, and a nerd. 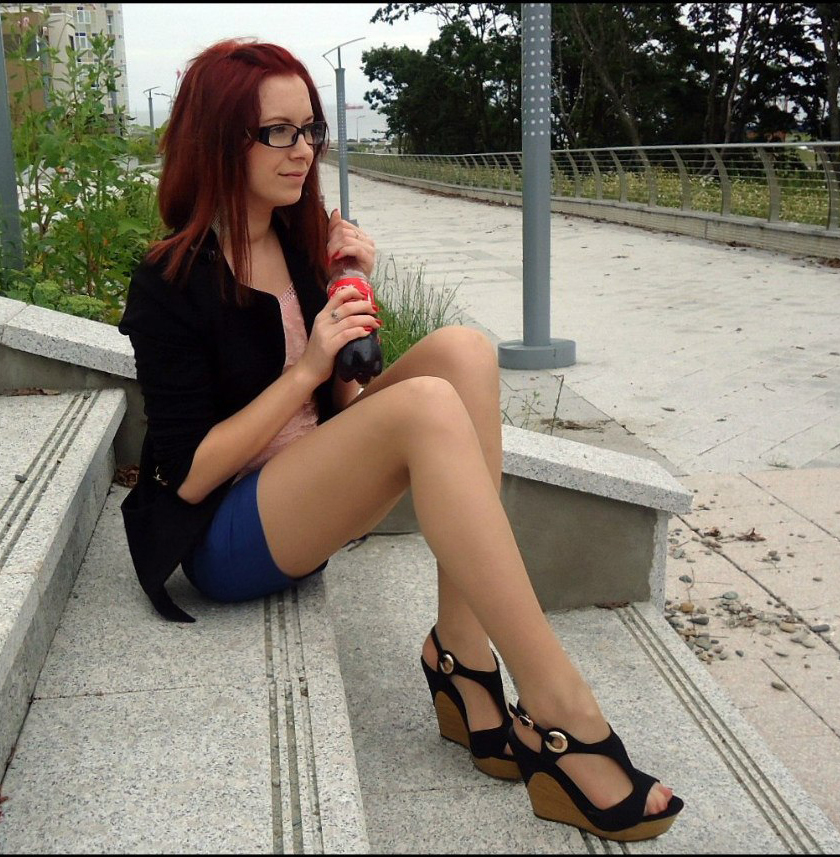