Gary had such a foot fetish, he was even willing to swap with a girl to get closer to their feet. He somehow body swapped with Nina here, after she got back home from a party. He figured her feet would be nice an sweaty in those hose after wearing those tight high heels all evening.

He found she was half undressed, and her shoes off already, so he pulled his new foot to his tongue to lick it, getting a smell of it too! He loved it, but soon realized he need to return to his body. The spell was to last about ten minutes, but for some reason after that he didn’t swap back!

He would later find his former body got hit by a car running into the street in terror after being swapped, leaving him stuck in hers. The spell would only reverse if your old body was present, and his being dead he was stuck. No other spell would undo this either, so he was going to be this chick for life, and would have to learn to be Nina.

One thing for sure, he never realized how tight heels were on your feet, and now he would have to wear them at her office job that required them daily! 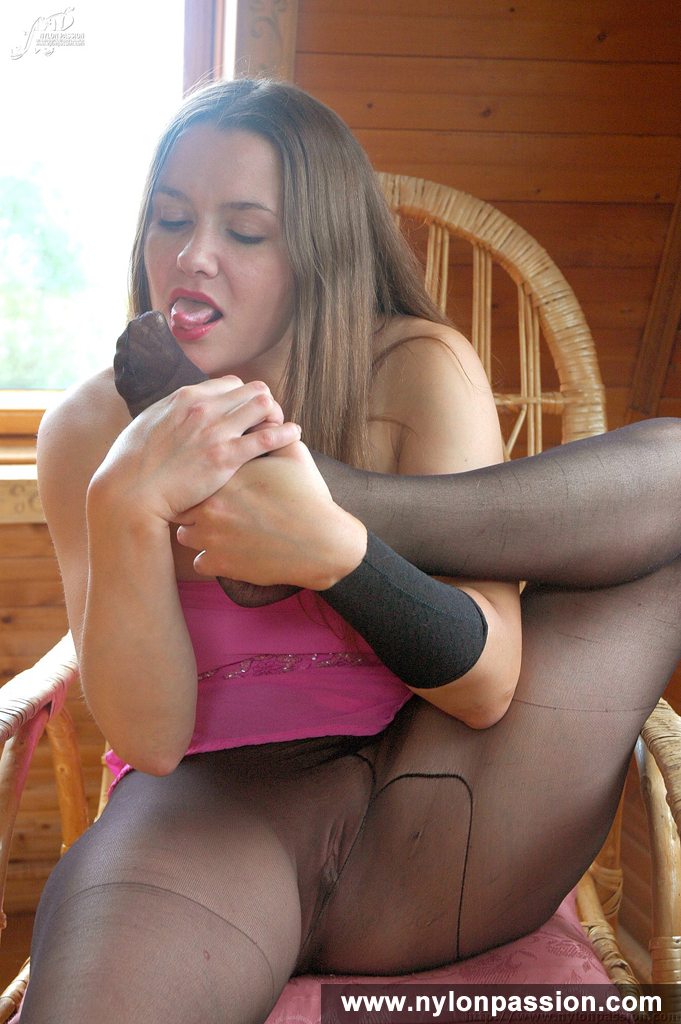