John and Kyle were depressed, they were overweight, in their late 20’s and no prospects for jobs or relationships. They had also been friends for a long time and finally decided to make a pact to get themselves in shape. It worked for a while, they motivated each other, ate healthier, but after a while it fizzled out. A few weeks after their lost their drive they were both walking in the mall and complaining to each other how difficult it was to get fit.

“Excuse me gentlemen, but I have just the thing that will help you get the fittest body you can think of. If you’ll step into my shop I’ll be happy to show you.” said an old woman. At first they didn’t believe the woman, nothing was ever that simple in life, but as she motioned to her shop they realized they hadn’t noticed it before, and it seemed totally out of place in the upscale mall they were in.

They shrugged to each other, discussed it for a moment, and followed the old woman in. She pulled a box from under a counter and presented them with two pills, one for each. John and Kyle looked at each other again with doubt, wondering what “wonder pill” this lady was trying to sell.

“What?” John asked. “Why are you charging me more?

“Because,” she smiled, “that is exactly how much each of you have in your wallet. Oh but I will take that free meal card you have in there as well Kyle, I have a feeling you won’t be needing it.”

“I’m not sure, and for that matter how do you know our names or how much we have on us?” Kyle protested.

John cut him short though, “dude, what do we have to lose at this point?” Kyle thought that through and came to the same conclusion and they both emptied their wallets.

“I promise you boys you will enjoy it, and don’t open these until you take the pills, but what’s in these bags will help you acclimate.” and with that she handed them two sealed bags.

When they got home, they felt excited but at the same time were half convinced they had fallen for a scam. After exchanging a few words they both downed their pills, and it was only moments before the changes began. “Kyle, you’re getting thinner!”

“You too John, this is amaz… wait, why is my chest expanding outward like that? HOLY SHIT I’m growing tits!”

“Me too, oh my god.” The changes were quick and continued despite their shock and surprise. Soon it was all over, and instead of two overweight guys in their 20’s, two fitness models who looked to be in their early 20’s had replaced them. John had changed into a tight blond with electric blue eyes and an ass to die for, and Kyle had changed into a fiery redhead with washboard abs and C cup tits.

Kyle was a bit calmer and responded, “I know, I wasn’t expecting it either, but we’re freaking hot, and I have so much energy right now. I feel like I could run a marathon. Let’s open the bags that lady gave us.” Kyle ripped his open to find a pair of nike shorts and sports bra, and John did the same thing, finding a black sports bra and zebra yoga pants. On the inside of each bag there was also a little tag, the one that had been given to John said Julie, and Kyle’s said Kayla.

Kyle didn’t admit it, but he was secretly thrilled by this turn of events and was eager to embrace it. “Let’s put this stuff on and go out, I feel amazing! I have so much energy to burn. And I think while we’re like this we should go by Julie and Kayla.

John was still freaking out, but he couldn’t deny the rush of energy, so he agreed and 2 hours later the girls returned, drenched in sweat but still full of energy and fire. During the run they had discussed their situation and how lucky they were seemed to have hit both of them. But the best was yet to come.

As they got in, Kayla remarked, “oh my god, it feels amazing to be this fit!”

“I know!” Julie responded. “I still have so much energy, that run got me all worked up, I want to find a guy and fuck him senseless just to burn this energy!” Then she realized what she had just said and continued, “umm, Kayla, why did I just say that, and why does it feel so natural to be called Julie?” 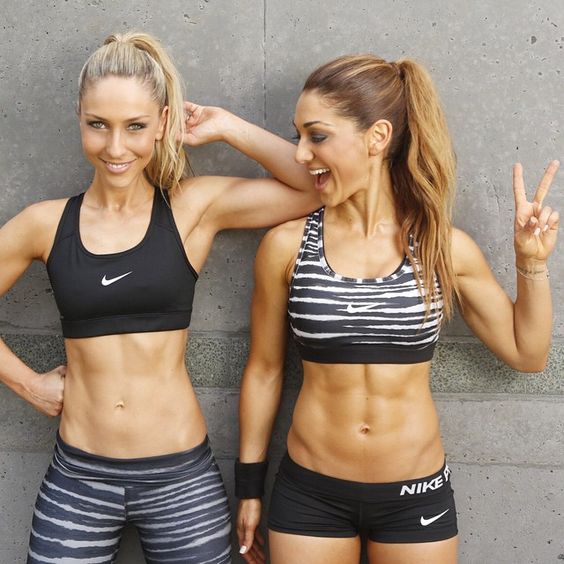