Peter had gone to the beach looking to get a nice deep tan. He brought a new oil he hadn’t see before “Extra Dark” at a beach shack on the way down. He set up a chair, lathered himself up in oil and let the sun do its work on his skin. This time his tanning felt different, he just chalked it up to the heat.

Peter didn’t know it but he oil he brought was magic and was altering his body. His skin was getting darker, much darker, a dark shade of ebony. his muscle softened and his chest began to jiggle slightly when he inhaled.

After a while Peter was ready to lay out a rotate so his back would get done, on;y when he stood he felt a strange bounciness.

He looked down and noticed his ebony skin, his big tits and curvy waist. Nearby he saw the old woman from the shack he bought the oil holding up a bikini. He quickly ran over and put it on.

The label wasn’t kidding, it did make him extra dark. 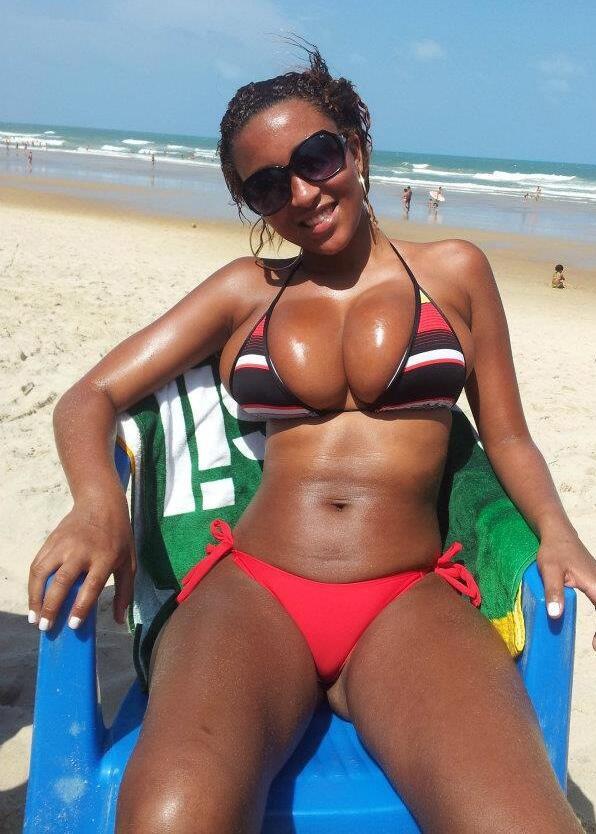