When Matthew first signed up to the cultural exchange program he just thought he would be spending a year in another country experiencing a different culture and way of life.

But he did not know he would be swapping bodies with his cultural exchange partner so he could experience there culture and there way of life from a natives point of view.

He was even more shocked when he found out he would be swapping with a young Japanese girl named Akane living in Osaka Japan.

But after he experienced a year in her body learning not just about her culture but what it was like to be a teenage girl he was really starting to enjoy himself and wasn’t sure that he wanted to return back to his old body and life.

But he had little choice in the matter and had only 3 days left before he was back in his old body back in the United States with his own friends and family which in reality should have made him happy.

But he had to admit to himself that he would miss being a teenage girl and all the friends he had made over the year.

So he decided to spend his last few days just dressing up in silly costumes and hanging out with his friends spending what little time he had left with them being all girly before he had to become a man again. 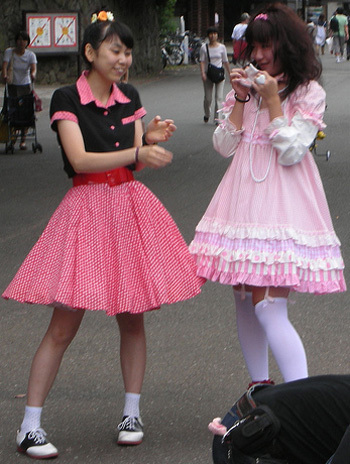