Ted was reading TG captions about the usual, genies, passing by fairies, and whatnot. He liked the ones where the man’s chest “ballooned” outward, a word sometimes used in TG captions to describe a dude’s chest growing into massive breasts, like two big balloons being inflated.

Ted blurted out that he wished his chest would “balloon” outward. The TG caption site he was on then flashed at him. He thought he was getting a virus, and leaned over to shut down the site. That’s when his chest “ballooned” outward into two huge boobs instantly, rubbing the keyboard with is new areolas of which were the size of half dollars. His other clothes melted away, except his socks, as they became nylon and lycra sheer to waist ivory light support pantyhose which stretched up over his new tits as to cover not only his huge new thunder thighs and fat ass, but his massive breasts as well. He tugged at his hair, which was longer, but tied back in a ponytail.

He looked in a mirror nearby, and said noticing his new higher voice in speaking, “My chest just, like, totally balloon outward, and I’m like so much a chick right now, it’s not even, like, funny.”

He was right, as he turned to the TV and seen a handsome show announcer on an entertainment show, and was thinking about his strong body and cock and wanting to blow that announcer. He was very much a chick now. He grabbed his boobs through the hose, then liked his lips and rubbed his new pussy, realizing he needed a dress with these hose and maybe a bra and some heels so he, no she could go out and get a man like that announcer. 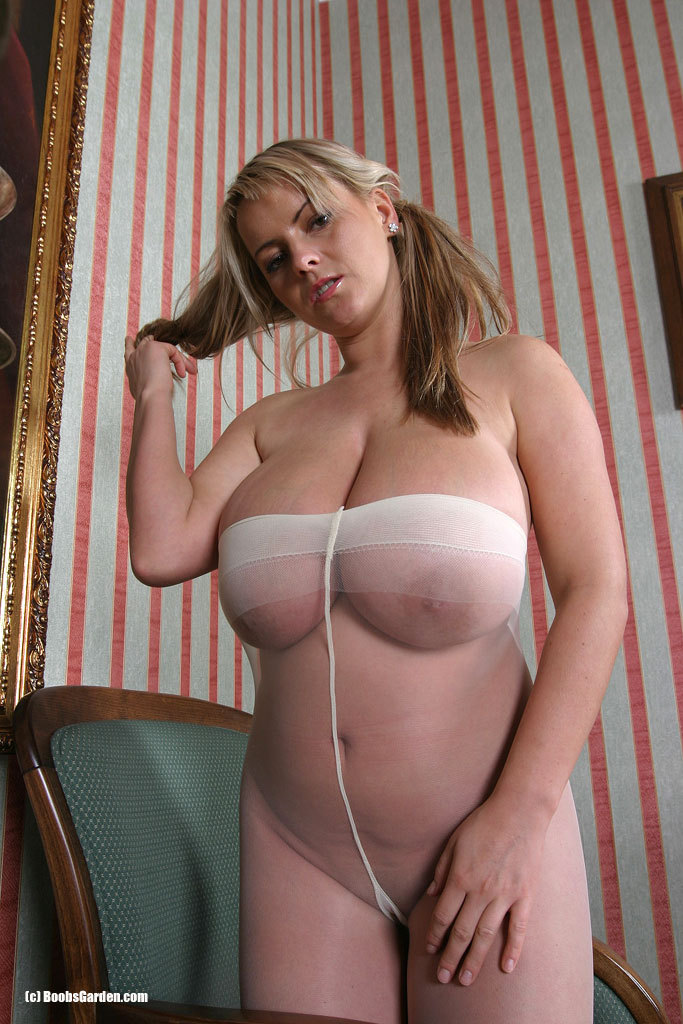