When I stole from Big John I didn’t think I would get caught. I certainly didn’t think I’d be turned into a woman. He was the biggest dealer in town and everyone knew not to fuck with him, because you did not want to get on his bad side. Those who did usually disappeared, but I figured even if I did, he and I had history so he’d go easy on me.
The details aren’t important but the fact was that I’d stolen roughly 5000 dollars worth of coke and weed from one of Big John’s stash houses. I don’t know how, but it wasn’t long until I was caught. I was walking down the street on my way home one day when a car pulled up. In the car were Howard and Kenny, two of Big John’s crew who I knew. They politely asked me to get in the car, but I knew what they meant so I got in. I was nervous as hell as the car pulled away, me in the backseat next to Kenny as Howard drove. That’s when I felt the needle enter my arm. I looked over to see Kenny holding the syringe as I completely passed out.

I don’t know how long I was out, but when I came to I felt week and sore all over. I was in a dark room lying on a bed. As I came to I realized to my horror that my body was completely different. So was my voice as a gasped, seeing my reflection in a mirror across the room after finding a lightswitch. I was tiny, curvy girl. I was completely naked and my face, which appeared fully made-up complete with plump red lips, showed my terror. I started banging on the locked door with my tiny fists, until the door open and Howard and Kenny entered.

“What the fuck did you do to me??” I screamed, my voice now so squeaky I sounded like a damn cartoon chipmunk. I threw my fists at Howard when he entered but he easily grabbed me by the wrists and held my arms in place as I struggled in vein to get out of his hold.

“Calm down, bitch.” Kenny said, pressing something on his phone. My muscles began to convulse as what felt like a steady stream of electricity began to course through me, starting from my midsection. I let out an involuntary gasp as my breaths became short. The sensation was so intense i couldn’t even form words, just indistinct, girly moans. Unable to stand, I fell to the floor and began to gyrate my hips, and I realized it was coming from my ass. For what felt like years but was only a few moments I writhed on the floor overwhelmed with the sensation, accompanied by a loud humming. When Kenny pressed his phone again the buzzing stopped and I laid on the floor trying to catch my breath.

“You feel that? You better stay in line cause i can make it much worse.
“What’s going on?” I squeaked between breathy pants.
“Bitches be quiet.” Kenny said, pressing his phone again. Immediately my muscles went crazy again as I rolled onto my back and started squirming on the floor. I grinded my ass into the hardwood floor trying to relieve the intense vibrations, but failing utterly at it.

“Big John will get to you after the other hos, put these clothes on, you hear me bitch?” Kenny said to me as he through a bag down on the floor near me.
“Y-yess I ahhAHH h-hear you j-just make it s-stop!” I squealed as I squirmed. Kenny pressed his phone again and the buzzing coming from my ass stopped once more.
“Make it quick.” Kenny said as he and Howard left, leaving me alone again in the room and closing the door behind them. I took a few minutes to collect myself. I bent down and looked at my ass in the mirror finding a small pink circle sticking out of my asshole. I realized that I was sporting a buttplug, and that must have been what Kenny was turning on. I tried to grasp the end of it to pull it out but it wouldn’t budge at all, it was completely stuck. I tried again and again I had no luck getting it out. Finally I tried a third time and I must have triggered something because I was once again overtaken by the electrical vibrations that made my muscles spasm and made me fall the floor again. This time it lasted for five minutes but it felt like an eternity. When it was over I laid on the floor, struggling for breath and covered in sweat.

On the floor I knew that I was in big trouble. There was no getting out of this. I’d been turned into one of Big John’s hos, and even if I could run, this thing in my ass would surely stop me. I just had to comply. I looked inside the bag and saw what I was given to wear. A black thong, a pair of ripped jeans, a pink bra, a tiny white top, a pair of heels and some earrings. Holding the stringy black thong in my hands I froze, I preyed I wouldn’t need to fuck Big John, or any other guy, but my better sense told me that was foolish of me. I knew I’d be taking a dick, it was just a matter of when. A final wave of anxiety hit when I remembered exactly why they called him Big John.

I squeezed into the various articles of clothing and looked at myself in the mirror. I had that ghetto booty Big John loved, and my tits looked huge on my tiny frame.I frowned as I collected the courage to leave the room. With a deep breath, I tottered in my heels over to the door and opened it.

Now here I am in the “bitch room”, listening to Big John and his crew fuck his ho collection, waiting for my turn. There must have been twelve other girls in the Bitch Room, seven of them drinking and socializing with each other as they also waited their turn, and five sitting nervously like me. We listened to the sounds of women moaning, guys grunting and asses getting slapped. Suddenly one of them, a blonde white girl with huge tits stood up and turned toward Kenny.
“Please, I’ll give you whatever you want! I’ll pay back double what I stole! Change me back” She begged, falling to her knees. Kenny stepped over and pressed something on her phone and everyone in the room could hear a loud, muffled buzzing coming from this blonde. She began to convulse and spasm with sensation and pleasure when Howard came over with his long hard dick out. Kenny hoisted the girl onto her knees and Howard grabbed the back of her head and shoved her onto his dick. She resisted at first, but when Kenny intensified the buzzing, making it even louder to the rest of us, she let out a loud gasp and took his dick in her mouth. After a moment the girls around the room who were socializing went back to socializing, but the four of us nervous girls sitting watched this other girl suck Howard’s cock, knowing it will be us next if we don’t behave well… and that it will be us soon enough anyway. 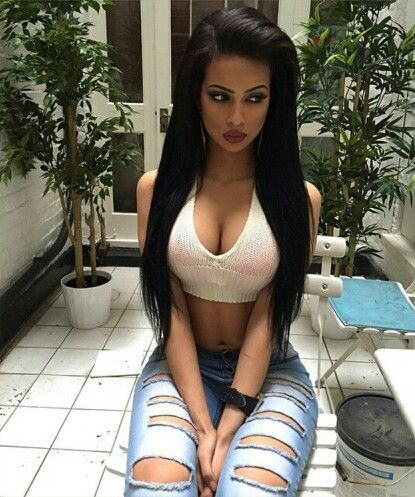