“So you really bought them?” Ryan asked his friend Rob.

“Yeah.” the other boy said holding up the pink pants “These things cost a few hundred bucks so they better work.”

Rob and Ryan were two high school guys with a mutual appreciation for big asses. They liked admiring them but most of all they wished they could feel them and feel what it was like to have them. So Rob went out and bought himself a supposedly magical pair of pants that when wore would turn him into what he desired, a big booty having woman.

“Here goes nothing.” he said slipping them on “OH!”

His body immediately began changing, his hair grew long and luscious. His skin actually darkened a bit from white to a light African. His chest blossomed a bit into relatively small breasts and his pants soon began filling out, his thighs thickened as did is calves, his ass soon began to feel rounder as it plumped up and filled the magical pants. Last but not least the crotch shrunk away as his penis became a pussy.

“Good.” his friend smirked as Ryan rubbed Rob’s ass “I can’t wait to tease and see more of this. you plan on buying a pair and joining me.”

“I’m not sure.” Ryan said slapping Rob’s ass “Maybe I’ll just make my claim on yours.”

“Hmph.” Rob smirked “I don’t know if you’d be able to handle this booty.” 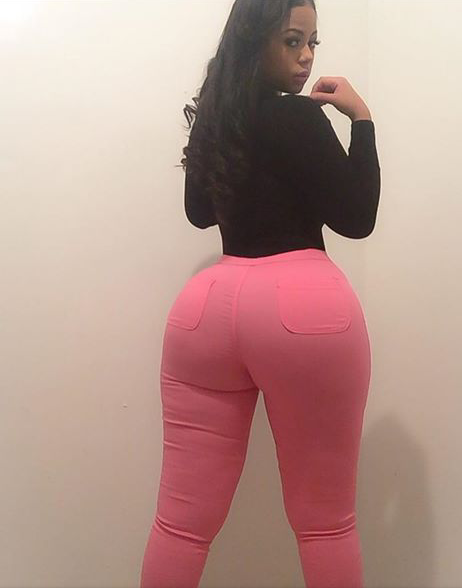