Be Careful What You Wish For

Life was hard for poor Lucas. Though he kept hearing about how “nerds were cool now”, he didn’t really believe it. Sure, Lucas was tall, and thin, and his female friends said he was cute. But he didn’t believe it. Lucas read a lot of comics and played a lot of games, and he had an idea of what a man was supposed to look like. And when he looked in a mirror, he sure as hell didn’t see it.

So yeah, Lucas was frustrated. So when he found a magic lamp one day, he did what any frustrated young man would do. Lucas rubbed the lamp and he wished,

But genies have a history of being tricky. And so poor Luca woke up the next day with smooth skin, a tight waist, and more than a pound of flesh protuding from her chest. Poor Luca screamed and cried, and ran straight to the mirror and instantly realized what was wrong. But just as suddenly, Luca realized that she didn’t care. This body may not attract the ladies, but Luca realized that she wasn’t into ladies anymore. Luca was into men, men who were tall and svelte and had something extra waiting below their waist… 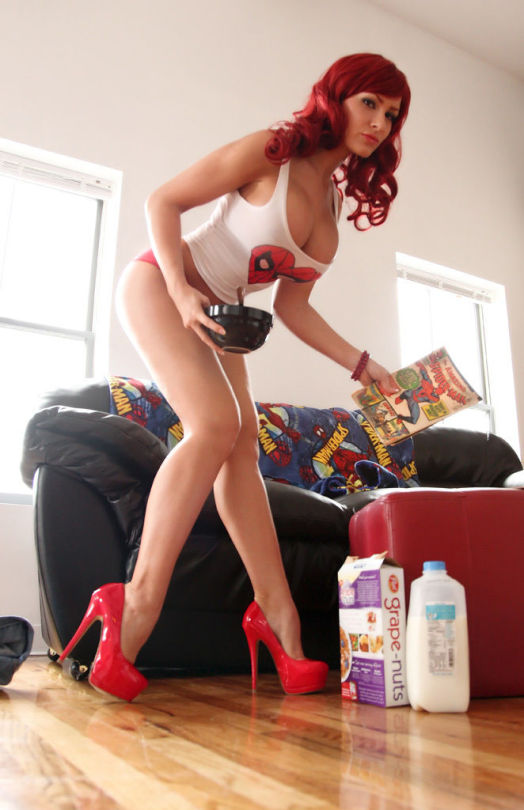