Baking in the sun.

Jack lay there in the sun enjoying the feeling of its warm rays over his naked female body as he gently played with himself knowing nobody would care what he was doing as it was a nudist beach after all.

As he lay there watching the naked young men with there glistening muscles walking up and down the beach which encouraged him to do it even more.

He hadn’t really noticed when his tastes changed when he stopped fancying women and started fancying men.

He knew his mind and body would adapt to one another and he had hoped that his male side would be more dominant but as time went on he started noticing subtle changes that told him his feminine side was more dominant.

At first he curse the great shift for doing this to him but once he indulged in the carnal pleasures of the flesh he started to understand the pleasures of a woman’s body.

It was mind blowing for him at first the feeling of joy he felt when his body got aroused and even to this day it was still surprising how easy it was to get turned on by just rubbing his clitoris as he was happy to be a woman as the benefits definitely outweighed the negatives for him.

As he lay there baking in the sun playing with himself watching the naked young men watching him as he tried to make up his mind if he wanted them to join in. 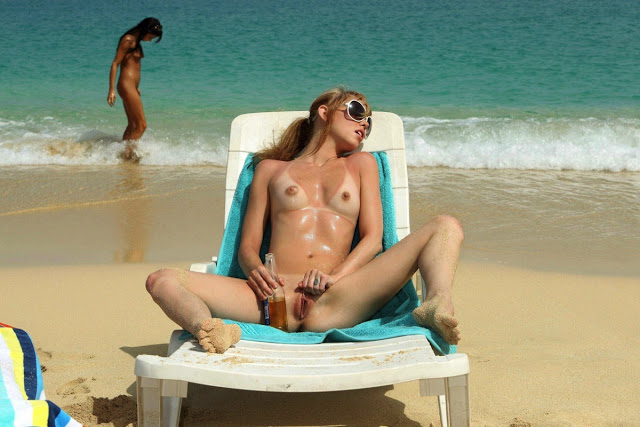