Jason knew there was no avoiding this. He had known from the beginning when his mom, after forcibly switching their bodies using that damned coin, emphasized the fact that he, Jason, now had a husband. And there was almost no denying it now, at least in the literal sense. How could he deny it when looking down he saw his two slender hands, adorned with long nails and a wedding band, unbuttoning zipping the fly down of a man, who until today he’d known as his, father. Jason knew the truth and his mother did too, but to the rest of the world he was Helen, 49 year old mother of two and wife to John, and it was their anniversary.

Jason pulled John’s pants down to reveal a hard bulge under his jocky shorts. When he pulled down the waist band to John’s underwear, a 7 inch hard on sprang up, surprising Jason. There he was, face to face with the long hard dick of his father, currently husband. The words of his mother briefly entered his head, “if someone even THINKS that you’re not Helen Coleman, I’ll leave us like this forever.”, before Jason took a gentle grasp of the cock in front of him and started stroking it up and down.

The only other dick Jason had ever handled was his own, and his was not as big as this one. He thought perhaps part of it was due to the angle, but this one looked way huger than he expected. He figured he probably had simply never been so close to one. As he massaged he made eye contact with his father as his father moaned. Jason was disgusted by kept going. It was not before long that Jason knew he had to move on, so with a great amount of hesitation he moved it face closer and put the dick in his mouth. He wanted to gag immediately but was luckily able to hold back that reflex. He was tasting his fathers dick, giving another man a blowjob. He was surprised with how wide he needed to open his jaw to fit his father’s girth.

“Honey, honey, stop. Is something wrong?” John asked. Jason was surprised by the question and didn’t know quite how to answer it.
“No of course not!” He lied, “Just trying something new!” The second part, of course, was less than a lie.
“Well it definitely is different.” John said.
“You didn’t like it?” Jason said, forcing a pouty face.
“Of course I did! But… I have something new too, as long as that’s the theme of the night.” He said, smiling and bouncing his eyebrows.
“What did you have in mind?” Jason asked tepidly.
John sat up as Jason still knelt between his legs. John took Jason’s hands and helped him up. “Stand up, turn around.” He said softly. Jason stood up and spun 180 degrees so he was facing the wall. Jason didn’t know what was coming next, just the inkling that things were about to heat up. He could feel his heart beating in his chest. Suddenly he felt John’s strong hand take his hips and guide him down, forceful but gently onto his father’s cock. Jason let out an involuntary, undeniably feminine gasp as he felt the seven inch cock enter her vagina. For a moment he sat there, in shock, but soon he began to gyrate and grind his hips, then soon he was pushing up and down off of his fathers rod.

As Jason tried to put the reality of what was happening out of his mind, he was assisted by the physical pleasure he was experiencing. It hurt just a little each time it went in, but when it came out his body had the urge to put it back in. Soon he was enjoying himself in much the way he would having sex as a man, but this was different. The pleasure reverberated throughout his whole body. His breasts bounced uncontrollably, a feeling which was truly off-putting at first but soon fell in the rhythm of his bouncing.

Jason and John fucked in several more positions throughout the evening, and as time went on Jason found it harder and harder to hold in the moans of feminine ecstasy he was experiencing. Still, he could never fully let go, since with each moan he heard his mother, which would remind him of what he was being forced to do. Soon though he had his first female orgasm, and then his second, and his third. The night ended with the two breathing heavily, in each others arms, covered in sweat. As Jason felt John doze off to sleep, he felt the warm semen oozing out from between his legs. He got up and went to the bathroom to clean himself off. In the mirror he saw his mother, wild sex hair, bare chest and a bright red ass from the numerous times his father spanked him in the act, causing him to yelp. He frowned in the mirror as he reminded himself that it wasn’t his mother’s reflection, but his. 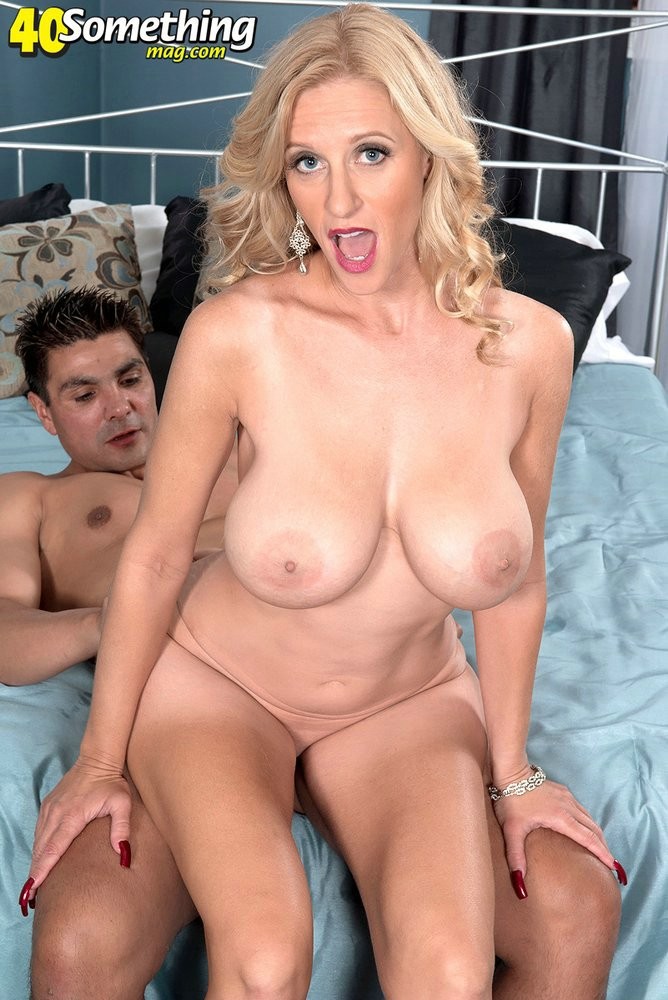