Was the Deal Worth It?

It was 6 years ago that I decided to make a deal with a demon. He told me that I could have anything that I wanted. He said that I could have fame and fortune, but I didn’t want any of that. The only thing that I wanted was the love of my life, Amber. I loved Amber more than anything, but she didn’t feel the same way about me. I was desperate for her love, so much so that I was ready to do anything.

I told the demon of my love for Amber and he said that he could guarantee her love in exchange for my soul in 6 years. I thought the deal was crazy at first, but I wanted Amber’s love so much, even if it would only be for 6 years. I decided to take the deal and the next thing I knew, Amber was calling me and confessing her love of me. We got married a few months after that and have been living in peace ever since.

Those 6 years are now up though. The demon that I made the deal with has come to collect my soul. Amber and I were getting ready for bed when she suddenly began shaking and lost consciousness. When I went to check on her, she opened her eyes and they were black. She got up and pushed me onto the bed. I was both turned on with her standing there in her sexy white lingerie and horrified of her black eyes. Then she spoke to me in a deep demonic tone and I knew that the demon that I had made the deal with had possessed her and had come for my soul.

He told me in his demonic voice that my 6 years were up and that he was going to use Amber’s body to slaughter me for my soul. I was frozen with fear and couldn’t speak. He then switched to Amber’s sexy voice and normal eyes, and said that he wanted to give me a little going away present first. I was about to speak for the first time when he put Amber’s finger to my lips and gently told me not to talk. I felt so conflicted with fear and lust at that moment. He then put Amber’s soft lips to mine and kissed me just like she would. We kept kissing as Amber slowly climbed on top of me. I could feel her large bra-encased breasts pressed against my chest and I was fully turned-on at that point.

I knew that Amber’s body was being inhabited by a demon that was about to kill me for my soul, but I couldn’t bring myself to care at that point. Amber stripped me of my clothes and then slowly stripped herself in front of me. She unhooked her bra and removed it while staring at me with a smirk on her face. She then pulled down her panties and threw them at me. I looked at her body and thought about how beautiful it was. Her cute and innocent-looking face was hiding pure demonic evil at the moment and I couldn’t even tell. The demon then proceeded to use Amber’s body to satisfy both of our urges of lust.

The sex we had that night was easily the best of my life. Soon after we finished, the demon got out of bed and redressed Amber in her sexy white lingerie. She then left the bedroom and returned shortly after. When she returned, she just stood in the doorway with her left hand behind her back and a cute smile on her face. I was frozen with fear again and couldn’t talk. She then started slowly moving towards me and showed a large cutting knife in her left hand. I broke the fear when I saw the knife and started to get out of bed. There was no stopping my destiny though.

The last moment of my life was the demon killing me with a smile on his face, Amber’s face. The demon took my soul and abandoned Amber’s body, leaving her to be blamed for my murder. Now I reside in Hell and Amber resides in prison. The only thing that I can ponder while I’m in Hell for eternity is if the deal was worth it. 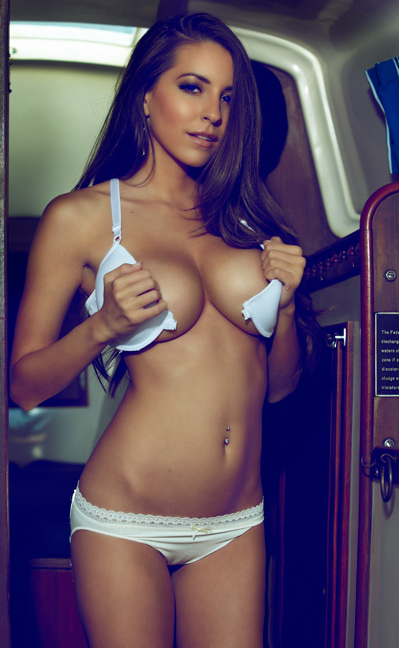