“So you’re saying this thing will take us anywhere…in time?” I asked my best friend Andi. I had to admit, it sounded pretty cool, if unbelievable.
“Yes, anywhere,” she said with a smirk. “So where would you like to go?”
“Hmm… How about to before my parents had me?” I said, not sure why that popped into my head. But Andi rolled with it, and together we held onto the device as she put in the date and activated it.
There was a bright flash, then instantly we were standing in our home town…25 years ago.
“Woah,” she said. “I’m gonna go look around, you go have some fun, but don’t mess around with anything!” Without another word she had run off. Something told me I should be more worried about her messing with things.
That thought left my mind quickly however, as I went to my house. It looked almost just like it did now. The paint looked a bit newer, and that hole in the fence wasn’t there, but overall it looked pretty much the same. I sat on a sidewalk bench out front, and waited for my parents.
After several hours my father came home. People always said I looked like him, but I never noticed just how much that was true. It was almost like looking into a mirror. I sat discreetly as he came closer, until finally he passed me and went inside. I never saw my mother come, but about half-an-hour later Andi came back, and a good thing too. I was starting to feel really strange. Kind of warm all over. “Let’s go back now…” I mumbled. Andi agreed and took out the device, pressing the return switch and sending us to the present.
We landed back outside Andi’s car. I bent over, feeling almost like I was going to be sick. Andi came over, and held my hair back from my face.
“That’s odd,” she remarked. “I don’t remember your hair being this long…” I felt my skin grow softer as she said that, and my facial features became more fine. My waist got tighter, and my pants did the same as my hips bulged out. I let out a yelp as I felt a pain in my crotch. It felt like somebody had just kicked my junk up into my body. I reached my hands down there instinctively, but felt…
Nothing. My parts were just completely gone. I didn’t have long to dwell on that however, as a stinging sensation grew in my chest. I pulled off my shirt, and saw my nipples, dark and erect, atop two steadily growing mounds of flesh.
Atop two steadily growing breasts.
The pain was almost unbearable as my new boobs stretched out my skin, growing heavier with every second. Finally they calmed down, though I wish they had been a bit smaller when they had. Heck, they were almost as big as…
Andi’s.
“What did you do?!” I shouted at her, my exposed tits wobbling angrily. My clothes chose that instant to change. My pants had already become a long floral skirt, and out of the corner of my eye I saw my shirt fade into a bra and tank top.
“Well… I may have…kinda…had sex with your father…” she stammered out.
“But why is that affecting me?!” I shouted as I tried to put my bra on. it came much easier than I had expected.
“I’m not sure, but I think we may need to go buy a pregnancy test…” 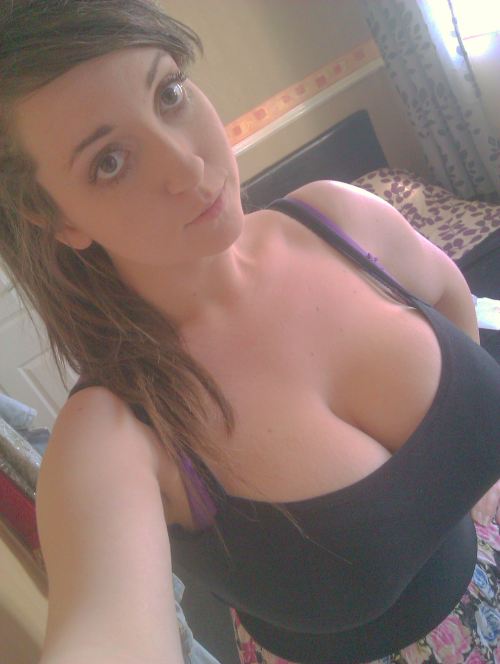