“Do you remember what our lives was before, Hannah?”

“I do. The constant struggle to gather enough money to survive yet another week”

“It pains me knowing that there still are people out there still doing that”, Sarah said with sadness in her voice.

“I think about it from time to time too. Not every one can be as fortunate as we was”.

“Yes, it was fortunate, wasn´t it”. Sarah said thoughtfully.

“Who could ever know that our wish for a better life would turn out like this”.

“Going from two down on luck guys to become a pair of trophy wives to the richest men in the city? No one could ever have known”.

“You know”, Hannah began, “I´ve grown to like it. Richard spoils me and I really, really like it.”

“Marcus do the same with me. And we have even started to talk about getting kids together”

Hannah turned to her friend and gave her a tight hug. “I`m so happy for you! With some luck we will have them at the same time!”

“Are you trying too?”, Sarah blinked.

“We do. Richard have stopped using the condom several weeks ago”, Hanna said with a sly smile.

The pair turned their gaze towards the city again and stood there quiet. Until Hannah spoke up.
“You know what the best thing about being a woman is?”
“I think I can already guess the answer, but humor me, what is the best thing being a woman?”
“The sex is mindblowing”.
“It is”, Sarah nodded in agreement.
The female pair became silent again. 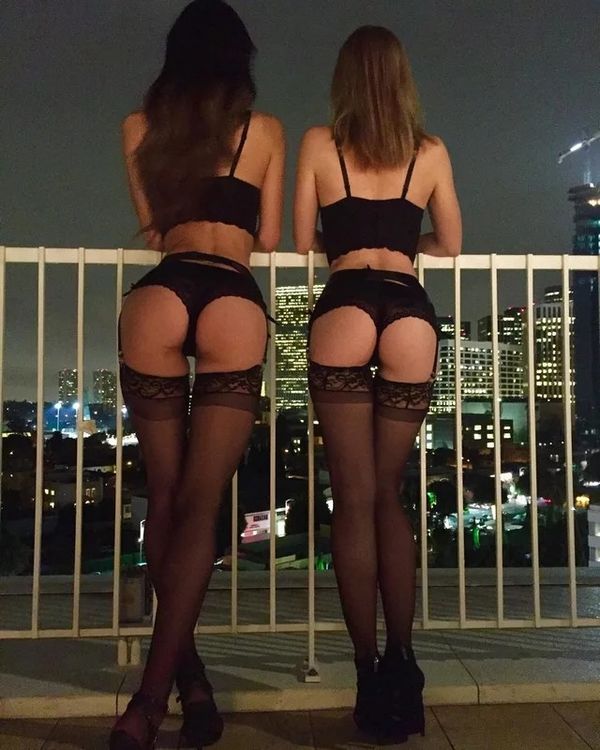