The Fairy Tales were Wrong

Brian couldn’t believe it. When he saw the ad for the ‘genie in a lamp’ on Amazon he thought that there was no way that the thing actually worked. However, the thing was being sold for cheep and if anything the lamp would make for an awesome decoration around the house. As soon as the package arrived on his doorstep he opened the front door and brought it inside. It took about 5 seconds for him to open it up and place the lamp on the coffee table.

“There’s no way there’s a real genie…” he thought aloud to himself before finally giving into the temptation and rubbing the inscription on the side of the lamp. To his surprise a puff of blue smoke shot out of the lamp’s nozzle which quickly took the form of a muscular Arabian man in a purple vest and a red fez.

“Oh my god!” shouted Brian as his mind raced, “For my first wish…”

“Wish?” interrupted before letting out a loud bellowing laugh, “Who told you there’d be wishes?” He asked mockingly. Before Brian could respond the genie snapped his fingers and a bolt of magic shot out hitting Brian directly in the chest.

Within an instant, two breasts began to bud on Brian’s chest. The glowing magic surrounding his sprouting bosom quickly engulfed the rest of his body like wildfire. His frame became lithe and feminine. His hips jutted outward as his rear plumped up. His crotch withered away until it molded into his new feminine sex. Brian let out a weak feminine gasp as her clothing turned into a quite revealing Middle Eastern inspired blue belly dancer outfit and a long blue leash grew from her new collar right into the genie’s hand.

“Ah good! It’s been 1000 years since the last addition to my harem! You can’t believe how boring it is to have the same girls in your harem for such a long time… you’ll spice things up nicely!” with that, the genie snapped his fingers, and both he and Brian evaporated up into smoke and shot back into the lamp. 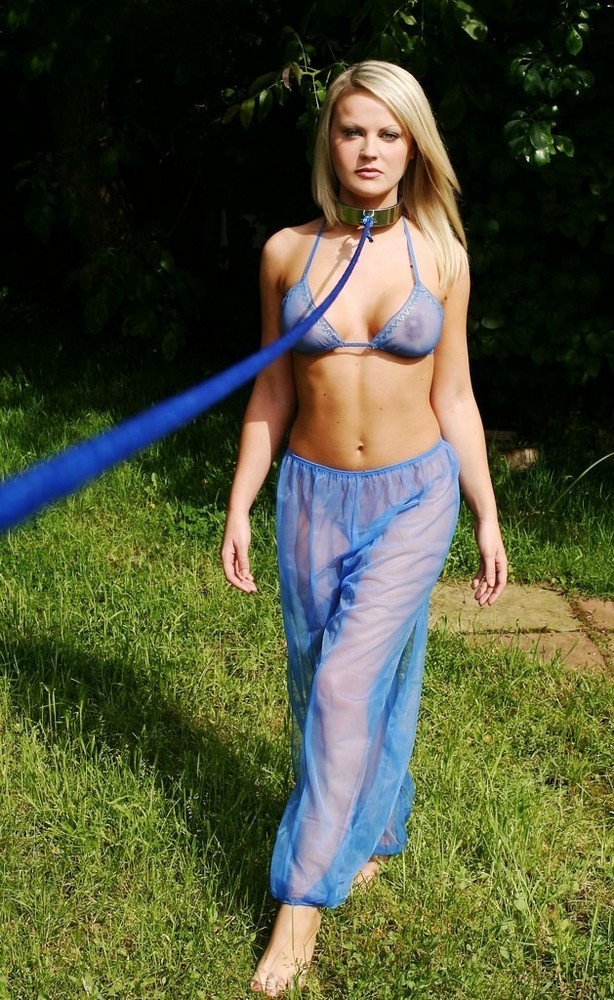