The devil was not an unreasonable woman.

Philip was born into a life of luxury everything he could ever want was given to him which turned him into a spoilt brat.

As a young man all he had to do was ask a girl out and she was there he believed his parents money could buy him anything that was until he met Jessica a girl working her way through college as a chambermaid at the local motel.

Philip could not understand why she did not like him he was good looking and had plenty of money what was there not to like.

Philip got annoyed with her always saying no to him.

He was not used to hearing that word then he tried offering her money to sleep with him which disgusted her.

By this point Philip had had enough he started to swear at her and call her trailer trash he told her she should be grateful he wanted to sleep with her and people like her should go back where they belong.

She told him to get lost & to never to speak to her again as she walked away in tears.

Philip left the motel and was hit by a speeding car after a couple of minutes of excruciating pain Philip could see his body on the road and a paramedic saying he was dead then there was a flash of red light and flames all around him as his soul was pulled into hell.

The devil was not an unreasonable woman and offered Philip a second chance at life.

She would give him a life that would suit him and 20 years to turn it around or his soul was straight back to hell.

In the blink of an eye Philip found himself in the body of a Downtrodden woman hanging out laundry in front of a caravan with a fat man shouting for her to get him a another beer.

It turned out his life was now that of a trailer trash wife with a drunken husband and only 20 years to turn it around. 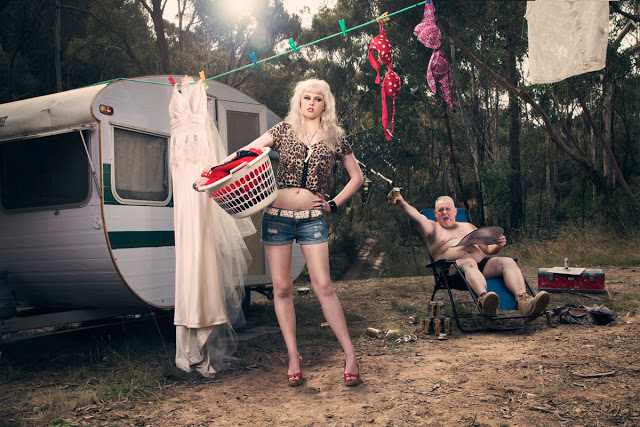