The Convention II: It’s a Trap!

Joey quickly got the idea as I pulled him into the elevator. He hit the number for his floor, and I pushed him hard back into the corner, and made out with him ferociously. I threw one foot up onto the hand rail on the wall and ground my pelvis into his crotch. I could feel the bulge of his manhood straining against his jeans. The realization that he needed this as much as I did only turned me on more.

We heard the doors open behind us, and loud gasps and laughter from the people waiting to get on. I couldn’t care less, all that mattered to me right then was between me and Joey. I shrieked as he spun me around, getting one more good squeeze of my soft ass, pulled me down the hall towards his room at a gallop. He began fumbling excited with the lock, and I did the same with his belt. We pushed inside suddenly, and the door wasn’t even closed again before we’d torn each others’ clothes off and collapsed in a heap on the bed. Joey produced a condom, and I expertly rolled it up his shaft with my mouth. I ran my tongue down his throbbing cock twice, before he pulled me off him and slid himself deep into my waiting pussy. I shivered and moaned as the pleasure hit me, grabbing the bedsheets with both hands. Joey buried his face in my tits and started to suck my nipples, while the pleasure in my loins grew. In no time I was rocked by my first orgasm. I shrieked and drew in air sharply as my body began to move on its own accord. Joey paused from sucking on my neck to whisper in my ear “that’s my girl,” then began thrusting with renewed vigor.

I began to cry and moan in earnest. I cried directions to joey, but i doubt he heard it between my involuntary moans and the sound of the headboard on the wall. The phone started ringing, but Joey casually smacked it across the room. Nothing was allowed to interrupt the joy building between us. He began to tense up, and I wrapped my legs around his hips as he exploded inside me.

From the corner, a voice said “You did well, girl. As promised, you can have your male mind back.”

“Joey, it’s a trap!” I cried. He wheeled around, confused, but froze when he saw the girl from earlier pointing that gun at him

“I heard what you and your friend were saying about us girls earlier, so I decided to help you two change that.”

“Save it, your excuses are all the same and they all suck.” She pulled the trigger and a beam hit Joey square in the chest. I watched as he began to shrink. Raven hair cascaded down his scalp, and his face became a smoldering beauty. As the changes extended down, his shoulders slimmed down, heralding a svelt, slender frame. The rest of his body followed suit, his legs became long and lean, and his core tightened into a taught, flat hourglass. The slender, athletic girl in front of me didn’t last long however, because as soon as her breasts began to come in, it was clear she would never be completely small. The kept coming, first rivaling then surpassing my own in size. They stood out proudly, supported by seemingly nothing. I knew that a minute ago I would have been supremely jealous of cans like that.

Joey stood frozen as convention-themes apparel grew over her womanly curves. The booth bitch looked at me with her gun. “One last thing. Since you lead Joey here to me, I have to ask your permission if I want to change her again. I was thinking of making her an absolutely insatiable lover. Somebody who really knows what she wants and goes after it with a fiery passion. Is that fine with you.”

“Why would I ever say yes to that”

“Because if you do, I’ll undo your change” I kept staring her down. She’d have to do better than that. “And I’ll give you the body you want most.”

“And what, I just accept that my best friend is gone, replaced by some slut.”

“Oh, she’ll be much more than a slut. She’ll be smart, resourceful, unstoppable. But yes she’ll be excellent in the bedroom.” She then made a face like she had just thought of something. “Oh, and how about this, she has eyes only for you.”

Well if I could keep track of Joey, that might work. And it didn’t sound like the worst fate in the world if she really would be as capable as this crazy asshole said. I nodded, and she eagerly fired off her gun again.

As joey began to stir, she added. “Oh, and just in case you didn’t realize. I only promised to undo A change for you. I think the fairest way is to undo the most recent one, and give you your female mind back, don’t you.”

Fuck, this deal’s getting worse all the time. 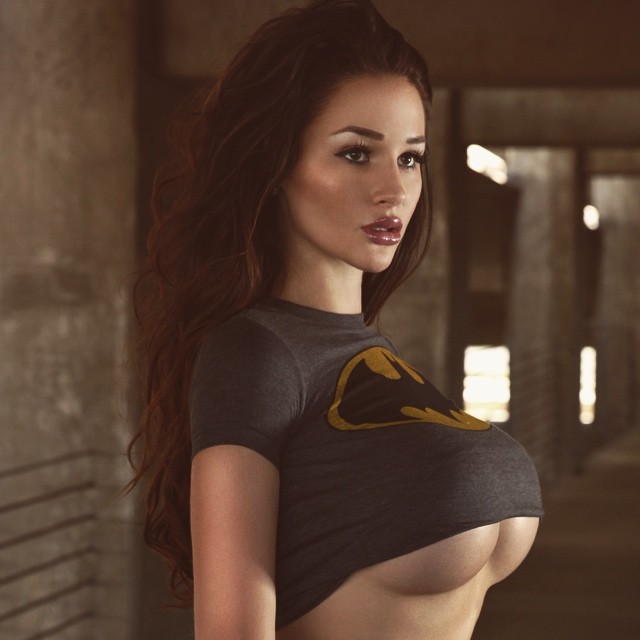