The officer told Larry to spread ‘um as he searched for drugs. Larry had other plans, and used a spell he found in an old spell book he happened across in the old house he was using to make drugs in. He hadn’t expected it to work, but thought what did he have to lose. It was a reverse payback spell with unforeseen consequences.

Larry did the spell, and suddenly he was back in the basement of that old house, and the cop was well, in a very different position! The cop seen all the drugs right away, but also wondered how he got there suddenly, why his legs were now spread, and why he felt weights on his chest, and a void between those legs. Looking up at his new tiny feet and legs, he seen he had hose on? Also he was tied up, and looking down seen his new boobs and the front of his new pussy!

“What the heck is happening,” asked the new woman, freaking out at her body and new voice!

Larry said, “What is happening? You are the one spreading them now, officer. Welcome to my drug lab, but then again, you aren’t in a position to arrest me, even with all the evidence before your pretty little eyes! You will be my woman now, and I’m afraid your stuck here. If you try to leave, my guards will stop you, and do other things if you’re not careful. The spell turned out well I see, you are one hot chick.”

Officer Dolittle said, “CHICK?! What the heck? Are you serious right now? I’m a cop! You better fix this, or you are going away for a long time.”

“Um I beg to differ, officer Do-Me-Little, I think you are going to be away for a long time with us, here at the drug lab. I think I might even take up a second profession, but then again, pimpin’ ain’t easy, but maybe with your lovely ass it will be fo sho!”

Tears went down the officer’s face as SHE realized she was screwed, and in maybe more ways than one in the future! 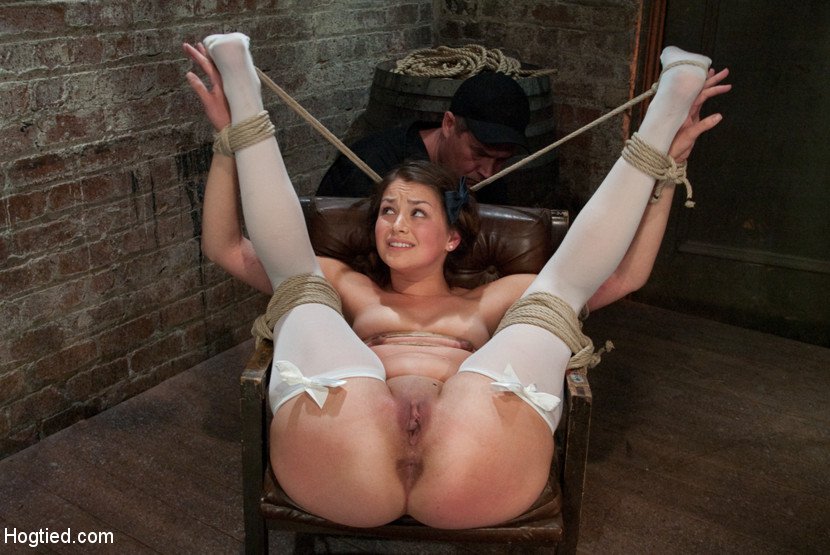