The door to the treasure room burst open, and the goblin’s body continued it’s way until it hit a wall. The child of the prophecy, whose parents had called Hero, then entered the room. He was confident, since it had been prophesied that he’d bring happiness to his kingdom. Now that he had cleaned that dungeon, he could bring wealth to all of his country… After taking his own share…

As he was searching for some treasure he could easily bring back with him, his gaze was attracted by a blue stone the size of his fist. Hero reached for it, but as soon as his fingers closed around the stone, it began changing color. It faded to light blue, then to white. Hero tried to let go of the stone in case it was trapped, but realised he couldn’t control his hand anymore. From white, the gem then became beige, and finally, pink.

Then everything in the room went dark. The pink shine of the stone illuminated the room, reflected on the many treasures it contained.

Then, Hero felt pain coursing all along his body. He saw his arms get slimmer and his head started to hurt. As he raised his now petite hand to it, he felt his hair grow longer by the seconds, until they reached the middle of his back and fell over his face. As he pushed them aside, he saw through the treasures a mirror that relfected his new womanly face. He lost at least a feet and seemed to lose all of his muscle mass. His chest started to burn and woman breasts slowly grown on it. His legs followed, becoming slender and making it hard for him to keep his balance. During the transformation, all of his armor had melted away, leaving him with only a metal bra that held his new breast perfectly and a kind of skirt that showed so much that he feared his dick was showing. His ass then became plump to fit his new clothing and, as he’d feared, his manhood retracted, finalising his tranformation.

The torches of the room lit back on one by one, while Hero was left, on all four, panting of exhaustion.

It took him a few seconds to realise that he wasn’t alone in the room anymore. A big, red man was standing before him. Hero got back to his feet. ”Get back, demon, or I won’t spare your life.”he said, in a high voice that made his threat lose all credibility. He reached for his sword, only to realise it wasn’t there anymore. He tried to run, but the demon caught his wrist. His old body would have had difficulty resisting a demon’s grip, and his new frail one had no chance at all. The demon pulled her close to him. Too close to him.

”Don’t worry, little heroine, I won’t kill you. I just want some… fun. I’ve been waiting for years for someone to activate that stone, and my body is requiring a little… excitement” Fear invaded Hero’s thoughts as she realised what was coming.

”W… Wait! Don’t! Mmmhhh!” cried Hero, as the demon put his mouth to her lips and started to take off the few clothes she had left. He then undressed too, exposing his manhood, which he then proceded to put inside of her vagina, enjoying her cries as he started pounding her.

Sex was horrible for Hero. Not only for her body but also for his pride. Falling into such a trap and then being raped by that hellbeast was terrible. He didn’t even know if he could get his body back! Even worse, she realised that while the demon’s rape was going on, a part of her was starting to… enjoy it.

As she was putting back on what little she had to hide her nudity, ashamed of herself and of the thought she just had, the demon said: ”You make a great slut, little heroine. Let’s hope you liked it, because you’re going to keep that body for a very long time.” Fear filled Hero’s mind once again as she already thought her life was over.”

”B…but… What about the prophecy? was I not supposed to bring happinnes to all of my kingdom?” she asked

”Funny you ask that, since it’s the only way you can break the curse: by having sex with everybody in the kingdom you come from.” the demon answered. He laughed, seeing the horror in hero’s eyes. ”Once you’ve satisfied all of them, come back to see me, and I’ll give you back your old body. If you still want to transform back, that is.”

”Why would I ever want to keep this woman body?” Hero shouted in return.

The demon then disapeared in a cloud of pink smoke, leaving Heroine alone in her new body. Out of despair, she murmured ”Why would I want to keep such a weak body? I’d never be able to have sex with all the kingdom, even if I wanted to!” instinctively, her hand reached between her legs, and she started to understand the demon’s words. 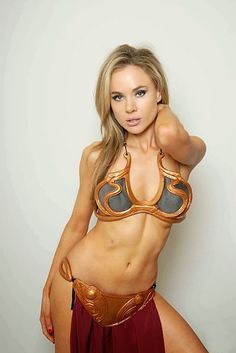