Tom was working as a part timer in a cafe, he worked there because he was saving to buy his first car, and also to do something in his spare time. One day, a man in suit came to the cafe, he took the man’s order and made him a cup of Americano.

When Tom was about to serve the coffee to the man’s table, he accidently saw some of the man’s documents on the table. It was some kind of government documents, it also has “TOP SECRET” written on it. With “Chinese” as the project name. Tom find it interesting, but the man caught him looking at his documents.
“What do you think you’re doing??!!” The man said furiously to Tom
“I… I’m sorry Sir. I didn’t mean to..” Tom was a bit scared
“You will pay the price.” The man said as he pulled out his phone and type in something. He stood up, packed all of his documents and then he just left.

After his shift, Tom was on his way home, when his way was blocked by a black van. A pair of muscular men came out of the van and pulled him in. They injected something to Tom, which made him lose his concious.

Tom woke up on a steel chair. His hands were tied behind his back, and his legs were tied to the chair. The man from the cafe sat in front of him.
“You’re lucky kid..” the man said in a deep voice
“You know, usually we terminate any civillian who snoop around our documents, to prevent it from leaking. But this time we won’t terminate you.”
“So, you’ll let me free?”Tom asked
“What? No. That will be too easy. After all, I don’t know how much you know about the secret project. It will be too risky if we just letting you free. Instead, you will be our “volunteer” for this project.” The man explained to Tom about the secret project he was working on. The man was working with CIA, and recently they made a new device that could swap people’s body, they thought it will be effective to swap one of their agent’s body with enemy’s spy body which they captured. That way, it will be easier to infiltrate the enemy and gather infrmation, and even assassinate someone in the enemy. A few days earlier they caught a chinese agent, named Claire. They planned to swap somebody with Claire, so they can gather as much information about china spy, and even exposing their spies identities.

However, they won’t swap their agent with Claire because the device hasn’t been tested yet. Their first experiment did work, swapping the mind of two people. But their brains couldn’t handle the electric wave emmitted from the device and both of them died a few minutes after the swap. But with Tom as a ‘volunteer’ they won’t have to lose their agent in case it didn;t go as planned.

Tom was then moved to another room, where he can see a beautiful chinese girl tied to an operating table. He was also moved to the operating table next to her, and then they hooked both of them onto the device and run them. Tom could feel the strong electric current running through his entire body, he screamed in agony. A few seconds later he passed out.

He then woke up in a cell. It was cold, and everything felt weird. Then, he could see apair of eyes stared at him from a hole in the cell door. The door then opened, it was the man from cafe.
“You’re awake. How are you feeling Tom? or Should I call you Claire now?” the man said
“What do you mean?” Tom asked,and instantly shocked with his new voice and his thick accent.
“Oh my God, am I a chick now?” He said as he inspected his body. And it confirmed it he was now in Claire’s body.
“Relax, it will be fine. You are now Claire, your mind will adapt to her body and you also will gain her memories and skill in just a few days. Just don’t fight it, you’ll love it.”

Tom then spent a few days in the secret CIA facility, getting used to his new body, as he was feeling more and more like Claire, he gained her memories, and also her skills. He was now the perfect weapon that CIA had.

Tom always did a great job gathering valuable information for CIA, he went back to china as Claire, gather as much information from his headquarter there, and he will return to US to pass the information he gathered. CIA was very satisfied with the result of Tom’s intel.

Tom finally enjoyed his new life as Claire, being a secret agent, plus having her amazing body that no one can resist. He sure enjoyed the attention he get from men, and the sex they offered him.

A few months later, CIA called him to the secret facility. When he came there, his boss which is the man from the cafe said that he had done enough for the CIA, and they would like to reward him by swapping him back to his old body. But Tom refused to swap back, the Man said its fine if he wouldn’t swap back, but he need to terminate his old body. Tom pulled out his gun and shot her right in the head.
“I’m sorry for that, but ‘Tom’ was no longer exist now. So, whats my next mission boss?” Tom said with a sexy smile oh his face knowing that he made the right choice an choose to life as Claire forever. 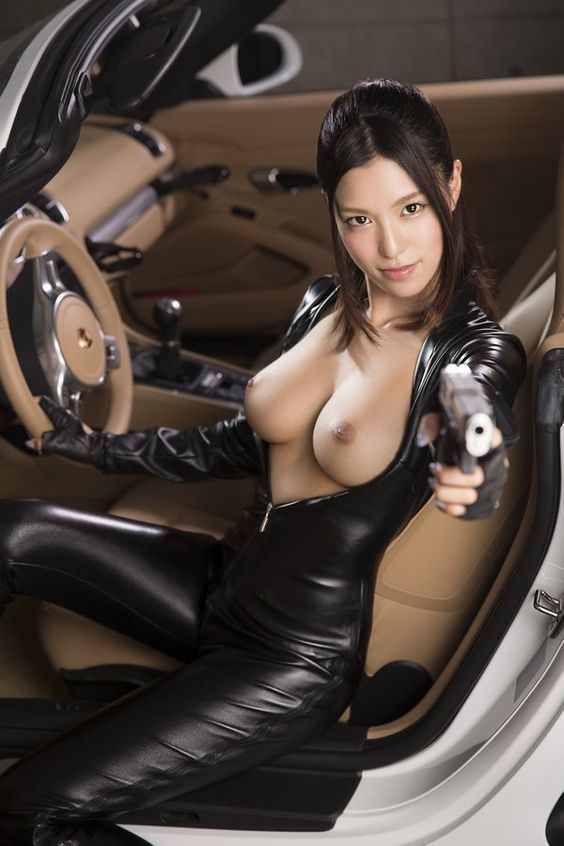