This was getting annoying. The life of a working woman with a bloody tampon up her cunny and a meal to cook for his husband when he finally got home was bad enough without this added problem tripping him up.

“Do these damn skirts have to ride up my legs and ass every time I take a step?” Bradley cursed as he pulled his tan skirt down again. Fixing it, he resumed walking in his heeled pumps, which proudly matched his skirt and his purse. He felt the skirt working its way up his ass again and realized it was because he was taking large steps like a man. He began mincing his steps, and the skirt looked perfect.

After all, he had no one to blame but himself for being in this state: he had insulted a secretary in his office by suggesting that maybe women got paid less because they did less. “I’m not making a lot of money here,” he’d said, “but I work for every dollar that I earn. If you’re making 77 cents for every dollar I get paid, then you’re just incompetent, so stop bitching and start working, lady.” Famous last words. Little did he know she was a practicing witch, and when he woke up the next day he was a working woman on the rag.

He now started to realize that working women have it pretty hard. 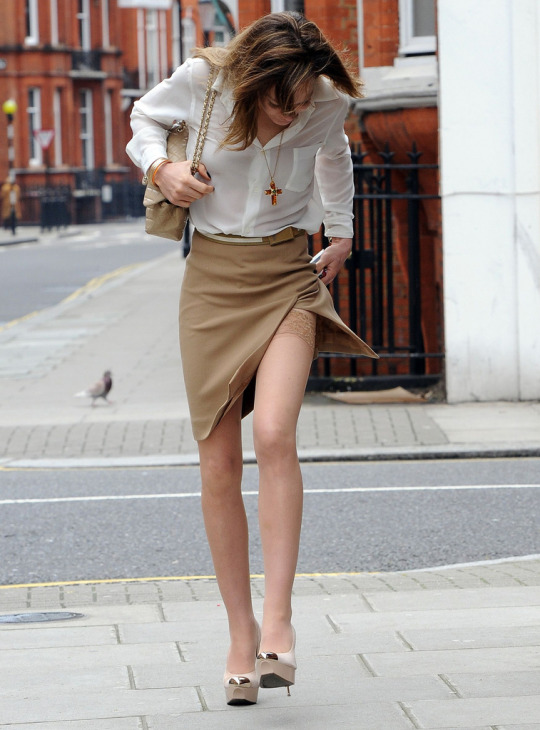