Last spring I was a sophmore in high school, I had plenty of friends, and I was talking to a pretty girl named Jess and we were about to go out. When second puberty hit me I thought my life was over, but as I lost inches in height… and length, and grew some in my hair and my hips, I was actually amazed by how supportive all of my friends, including Jess, were. I felt like they were really going to help me through it and everything would be okay. So I was devastated when my Dad told my siblings and I that his job was moving him six states away and we all had to go along with him. Not only did I have to leave all my friends at a time when I needed them most, but I wouldn’t even get to enjoy the summer with them. On top of that, I’d have to start my junior year at a new school and in a new gender! Everybody was really good to me at my old school because they knew me before I changed, but now I’d be just some new girl!

We’d just pulled up to our new house and my siblings flew out of the car to check it out. When I stayed behind in the car my dad took notice and asked me what was wrong.

“Please, Ben. This kind of stuff happens. I’m sorry we had to move but I had no choice.”

“Do you know how hard this is for me? The last four months have practically ruined my life, and now I don’t even have any friends!” I whined, my voice cracking. My voice was still deep for a girl but was by now undeniably feminine, and continued to slowly get higher. A few weeks ago people on the phone still might call me “sir” over the phone, but that didn’t ever happen anymore.

“What? Ben we talked about this! Look at you.” He said, gesturing at my chest. “Your penis has been gone for a month, and you’re getting chestier by the day. Don’t you think it’ll be easier at school if you just… you know, embraced it?”

My face got flushed as I crossed my hands over my chest and looked away in embarrassment. “They’re not that big.” I insisted.

“Get real, in fact, you’re getting a bra tomorrow!” Dad said in his ‘I’m fed up’ voice. “I don’t want you walking around this new town like that. You know how men can be.”

“Jesus dad!” I screamed, pounding the seat next to me with my small fist. My dad got out of the car and went into the house while I stated behind for a few minutes to calm down. As pissed as I was at him, I knew he was right. I could either be a girl or be a male victim of second pueberty, the sooner I decided which one, the sooner things would get easier. I just couldn’t choose yet. 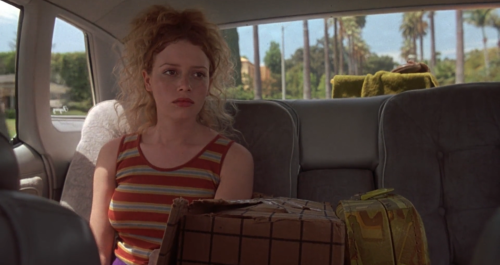