Look what you did to me!

You bastard you think a bunch of flowers is going to make me forgive you for what you did to me shouted Jeffrey to his ex girlfriend Stephanie.

Stephanie was taken back by her ex boyfriend’s attitude it was partly his fault he was in the situation he was.

If he wasn’t so adamant that he did not want children there relationship might of worked out and she would not have had to swap their bodies in the night and whilst her boyfriend was still groggy from the spell she used on him got her old body pregnant.

In her twisted logic she thought swapping bodies with her boyfriend & getting him pregnant would have helped him see the joys of being a mother but instead it destroyed their relationship.

As he did not want to be his girlfriend and he could not believe she took advantage of him whilst he was unconscious and thanks to the spell that she use would get him pregnant straight away.

He try to forgive his girlfriend for what she did for the sake of their relationship but as his hormones kicked in and his morning sickness started he started getting more and more angry with her everyday and they separated.

Jeffrey did not like the idea of being a single mother but he had little choice in the situation thanks to his ex-girlfriend.

That was almost 7 months ago and Stephanie was hoping once he had settled down into the idea that he was going to be a mother that he might forgive her.

So she decided to surprise him after work with a bunch of flowers.

But she quickly discovered he was still pissed off with her as being a single pregnant woman trying to hold down a job that was not yours in the first place.

Was a lot of hard work.

Which was just another thing you had to get used to on top of learning how to be a woman and how to cope with all the changes your body was going through as the clock ticked down to your due date.

But once he had calm down a little bit he was willing to hear what she had to say as he would like the baby to know it’s “Father” and he had to admit he did miss Jessica. 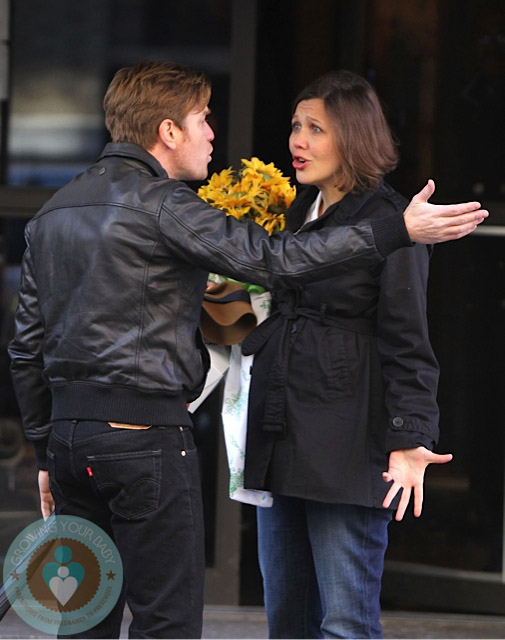