Kira Ariato was a girl I’d known for a few years. When she first came to town in 5th grade she didn’t know a lot of english so I took great joy in making fun of her for that. Added to that, since high school she had gained some weight, making her kind of pudgy. Of course I didn’t ignore that and would make fun of her for that too. She was a favorite victim of mine, and the way her face would scrunch up in anger whenever she heard me insult her was too hilarious.

Well this semester she decided to join the girl’s soccer team. In al honesty, she wasn’t too bad of a player, but that didn’t stop me from making fun of the way her fat ass bounced when she ran. I made it a point to show up to their practices and heckle her.

Well, one day she had enough of me. After hurling a rude comment about her ass from the bleachers, she stopped running after the ball and marched toward me.
“You just ruv making fun of me, you make fun of me since i move here!” She shouted in her still broken english.
“Hey relax.” I said, rolling my eyes. That’s when Kira pulled a golden coin from her pocket and I heard the rest of the team start to giggle and whisper. “She’s going to do it!” I heard one of them say.
“You make fun of my ass, ret’s see how you rike it!” She said, holding the coin into the air. Suddenly I felt my stomach turn as my body began to change. I was getting fatter all over, but no more than in my ass and my chest. I started to gasp, my deep voice quickly becoming high and breathy like kiras. I looked at Kira in shock as she had become an exact double of me, and I of her. Even our clothes had changed. She wore what I had worn and I wore a white t-shirt, running shoes with high socks and a pair of stretchy pink athletic shorts far, far to small for me now. Looking down I saw the pink fabric dispensary between my legs, threatening to wedge into the slit that had replaced my dick.

“What you do to me?” I shouted with my new voice, and now with Kira’s accent. The girls on the field all pointed and laughed at me as I freaked out over my fat, girly body.

“Let’s see what it’s like when the shoe’s on the other foot, KIRA!” She in my body laughed, her own accent completely replaced with mine. “Now you better get back to practice!” She said as she once again held up the coin. Against my free will I found myself getting up and shuffling onto the field, the new swing of my hips and the bounce of my tits making it extremely hard to balance. I had to hold my arms out like a girl just to stay up.
“Welcome to the team, KIRA.” The captain of the team said to me as the other players laughed. Practice continued and somehow I was forced to play. Whereas as a man i was somewhat naturally athletic, I had no idea how worse I would be in this body. Even when I was able to find my balance, my weak legs and heavy frame couldn’t hope to keep up with the other players. Having now sports bra or anything, the tits hanging off my chest bounced and swayed wildly with every step. Finally, I couldn’t run five feet without the tiny pink shorts I wore riding far into my huge ass. Every time it did, Kira, who in my body had taken my place on the bleachers, would shout some comment, making all the girls on the field laugh.

“It’s called dribbling the ball, not JIGGLING!” She called out. At that one I stopped, looked back and glared at her angrily. She just laughed the way I had every time she scrunched her face in anger. A wave of embarrassment hit me, as I once again picked my wedgie and got back to practice, the wedgie returning after only a few strides. I tried to ignore it again, it was all I could do. 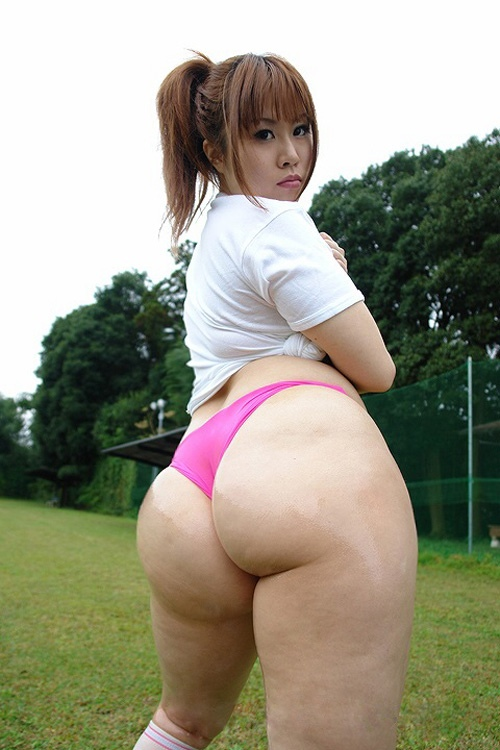