Hard to Put a Good Book Down Part 5

Yupp, that was me and Jill (I’m on the right).
It had been twenty years since I had accidentally caused my best friend to unbirth me, and ten years since I had burned the spell book. I could have used it to make more transformations to my body: make me exactly how I wanted to look. But I didn’t want to risk things getting any worse. It was gone for good now.
However, the unbirthing spell had had some other side-effects. Our facial features had changed (mine more than hers) so that I looked like I was her daughter. My hair was now dark, and her face had rounded out, while mine became a bit sharper. On top of that I had inherited the bust the first spell had given her. The pregnancy had caused hers to grow past the D-cups it had initially given her, but I had surpassed even her new size. I can’t remember the last time I could call them “breasts”: anything less than “jugs” just seemed inappropriate now, and as you could tell we loved to let our girls breathe.
So there we sat on our blanket, her arm squishing into my tit while some drunk guys asked us to flash them. Jill was still cursed to be a bimbo, so at their request she jumped to her feet, her tits wobbling, barely contained by her bra, as she pulled me to my feet. My heavier, and more exposed, assets wobbling even more fiercely. She looked at me with a big grin on her face, and I nodded. We lifted our tops, our tits flopping out in unison while the guys cheered. Who knows, maybe if they were good they might even get a better look later tonight… 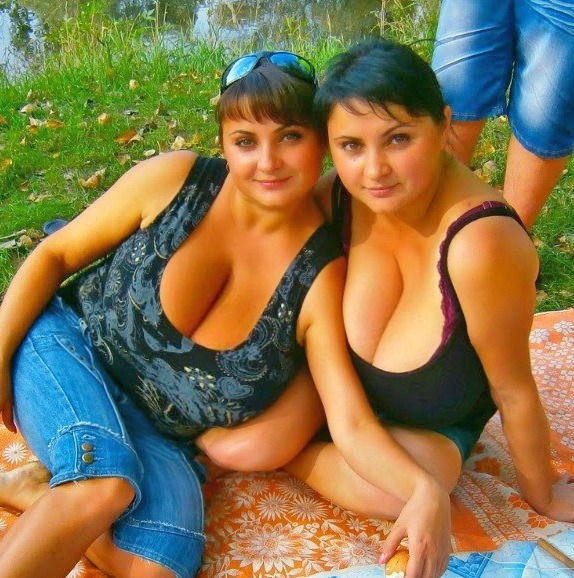