Fussy About a Hussy

Trent called Linda, his girlfriend, a hussy one day, just being mean.

“You don’t even know what that is, but I’m going to show you,” said Linda waving her hands and muttering a spell.

Suddenly Trent was a busty and curvaceous redhead in a dress and sparkly pantyhose with four inch pumps. Trent could feel heavy makeup on his face, the curly hair around that new face, the weight of his new boobs, the void between the legs, and the tight dress, sparkly black pantyhose, and black pumps. He pulled down his dress and kicked off a heel, shocked at the changes and how instant they were!

His girlfriend laughed as he took turns blowing his buddies, realizing it was time for her to find a new boyfriend, maybe one of these studs in the living room? Trent would be Holly Hussy now permanently. 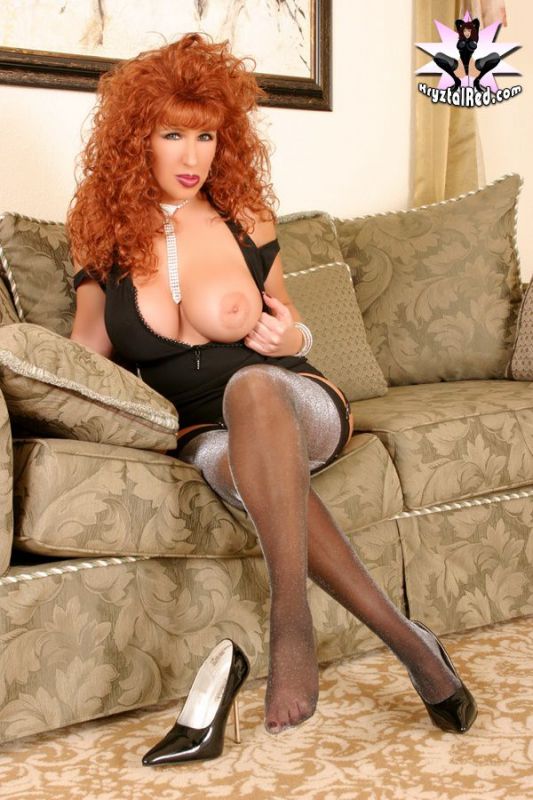